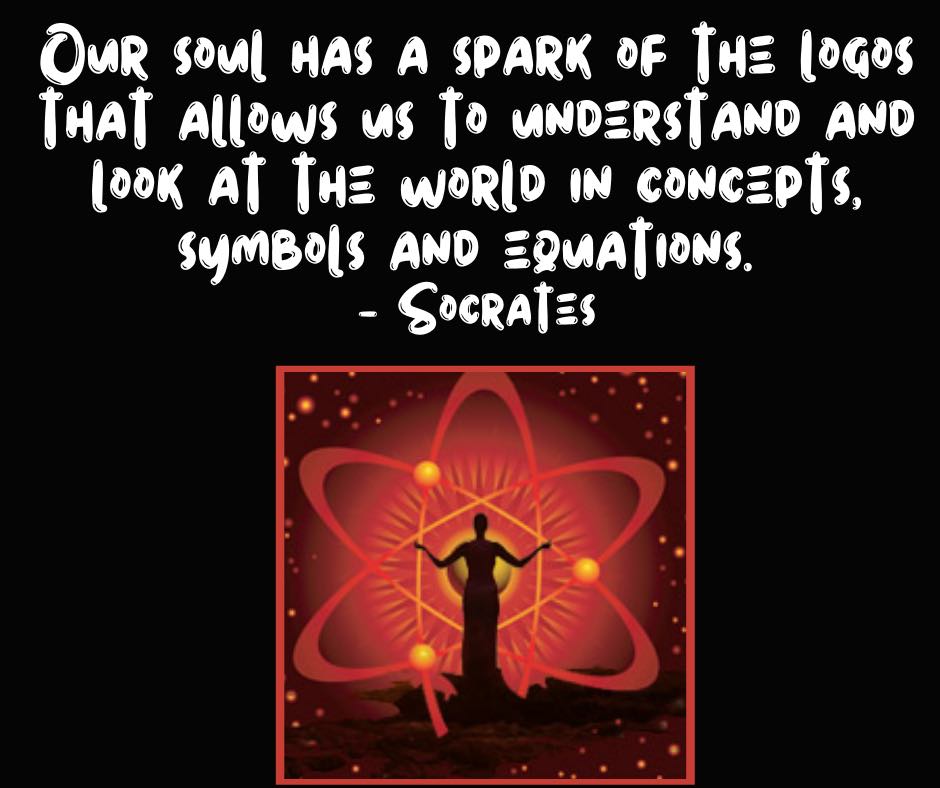 Thomas Hobbes (1588- 1679) was among the growing trend of mechanical materialists who believed that nothing but tangible things were real.

But with the advent of quantum mechanics, reducing the ineffable to manageable, bedrock beliefs has proved elusive.

Many scientists asking questions about the meaning of quantum theory were issued the refrain: “Shut up and calculate!”

The American physicist Richard Feynman noted, “I think I can safely say that nobody understands quantum mechanics.” He also said, "Quantum mechanics comes on as so off the wall that only a mystical state of mind can even begin to probe its mysteries!"

Feynman wasn’t the only one perplexed. Danish physicist Niels Bohr asserted that “If you can think about quantum theory without getting dizzy, you don’t get it.”

The quantum world is the world that’s smaller than an atom. Things at this scale don’t behave the same way as objects on the scale that we can see. These subatomic bits of matter don’t follow the same rules as objects that we can see, feel or hold. These entities are ghostly and strange. Sometimes, they behave like clumps of matter. They also can spread out as waves, like ripples on a pond.

It may be that as our knowledge grows our understanding lessens. In the 1980s’, author Guy Davenport pointed out:

The computer is fast becoming an extension of the brain, electronics of the imagination, chemicals of the body. Life, however, is not a technological ladder, it's more of a cultural wheel. So, what we have gained in some respects we have lost in others. At religious festivals in India devout believers walk safely (at least most of them) across white hot coals. I find that incredible. A Lapp can telepathically communicate over a vast distance to another Lapp, walk a few hundred miles, and then meet them under a particular tree. I find that mystifying. The African bushman points to a specific point on the horizon and says - 'there are zebras'. We look - and see nothing. I find that rather sad. 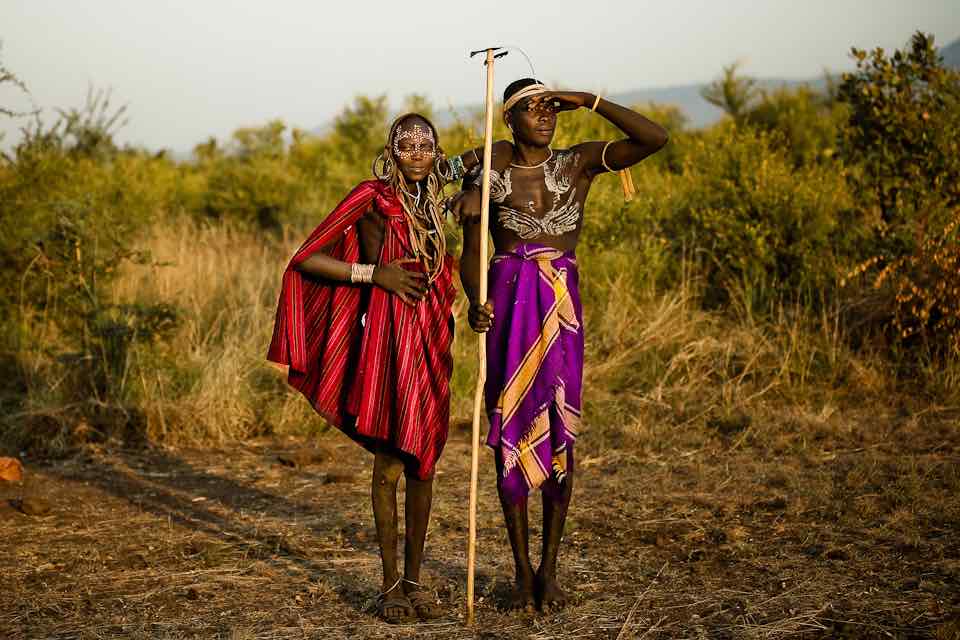 It is human nature thrown back upon itself, stripped of its phanticized sovereignty. But it is, remembering Jung, in such moments that one is invited to radically reframe one’s sense of self and other.

Given this incredibly inflated understanding of where we stand in the cosmos, we may say that our traumatic encounter with the Covid-19 pandemic is a Divine encounter —not as a punishment from an anthropomorphic character sitting upstairs judging all below, not as a refutation to further presumptive beliefs, but as a GPS summons to recalculate the actual position of the ego, and human life in general, in the larger scheme of mystery. As individuals have had to sequester, lose contact with their normal pursuits, and encounter their powerlessness against something a thousand times smaller than a grain of salt, they have had to go back to their metaphysical drawing board in so many ways. It will be interesting to see what long-term changes and such recalculations bring to individual lives and our social structures.

The poet D. H. Lawrence countered the growing rationalism of his day by penning the phrase, “I am not a mechanism, an assembly of various sections.”

Before the age of enlightenment, astronomy was the servant of astrology. 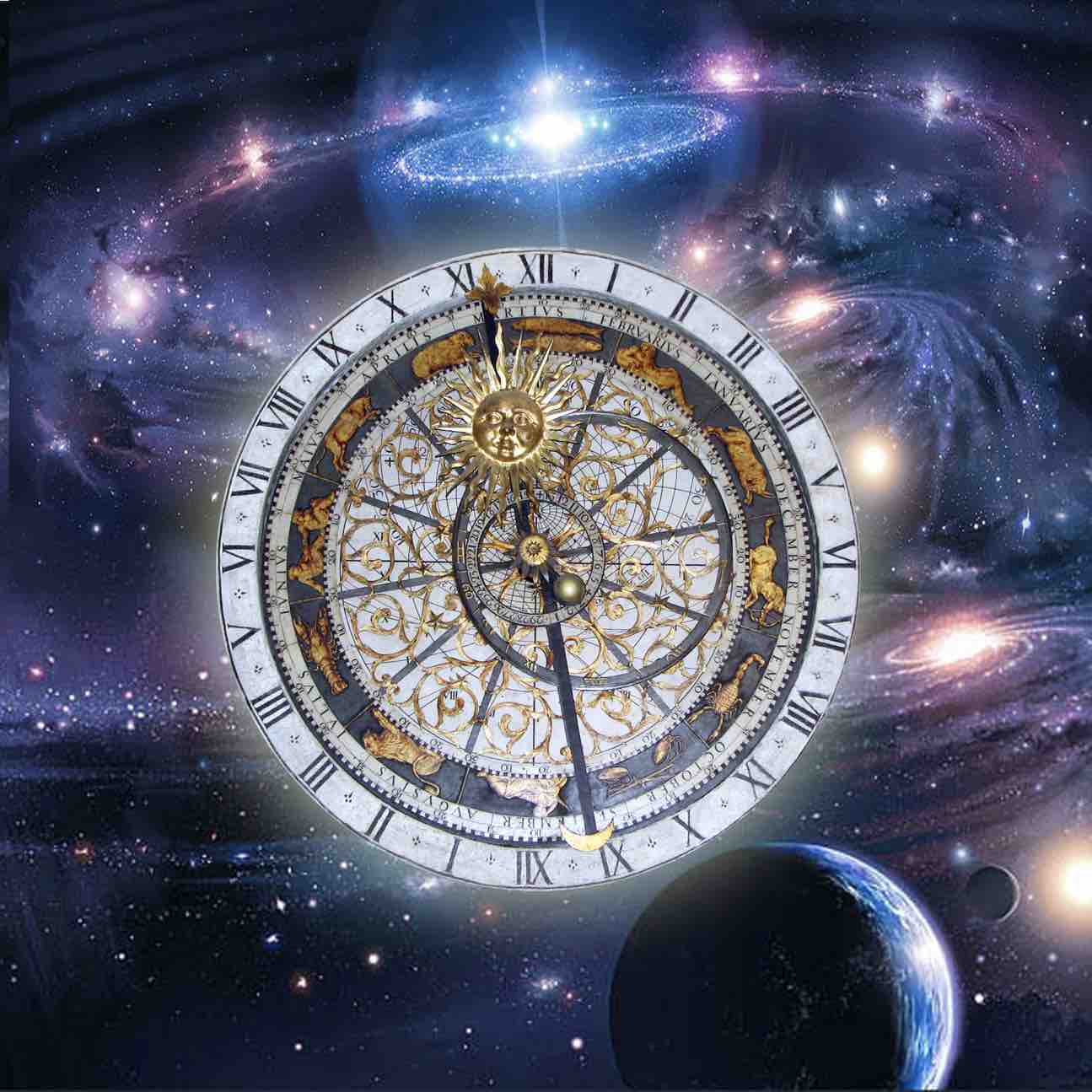 Similarly, Pythagoras considered geometry to be the handmaid of sacred geometry.

As rationalism took hold, Johannes Kepler (1571-1630) wrote extensively on how the patterns of the stars had profound effects on planets such as Earth as well as on individuals’ lives. The classroom legacy of Kepler focuses on the improvements he made to the telescope and his laws of planetary motion. However, these were merely byproducts of the man’s lifelong ambition to improve the science of astrology so that it could stand up to the light of scrutiny during the age of reason.

He warned “theologians, physicians and philosophers against throwing out the baby with the bathwater, and thereby maltreating their profession.” Kepler sought to reconcile astrology with a heliocentric worldview.

Kepler recognised that the scepticism levelled against astrology was a temporary phenomenon and that one day, he would be vindicated. He cast at least 800 horoscopes and concluded that:

A most unfailing experience... of the excitement of sublunary (that is, human) natures by the conjunctions and aspects of the planets has instructed and compelled my unwilling belief.

Kepler was convinced "that the geometrical things have provided the Creator with the model for decorating the whole world". In his work, Harmonice Mundi, he attempted to explain the proportions of the natural world in terms of music.

The central set of "harmonies" was the musica universalis or "music of the spheres", which had been studied by Pythagoras, Ptolemy and others before Kepler. 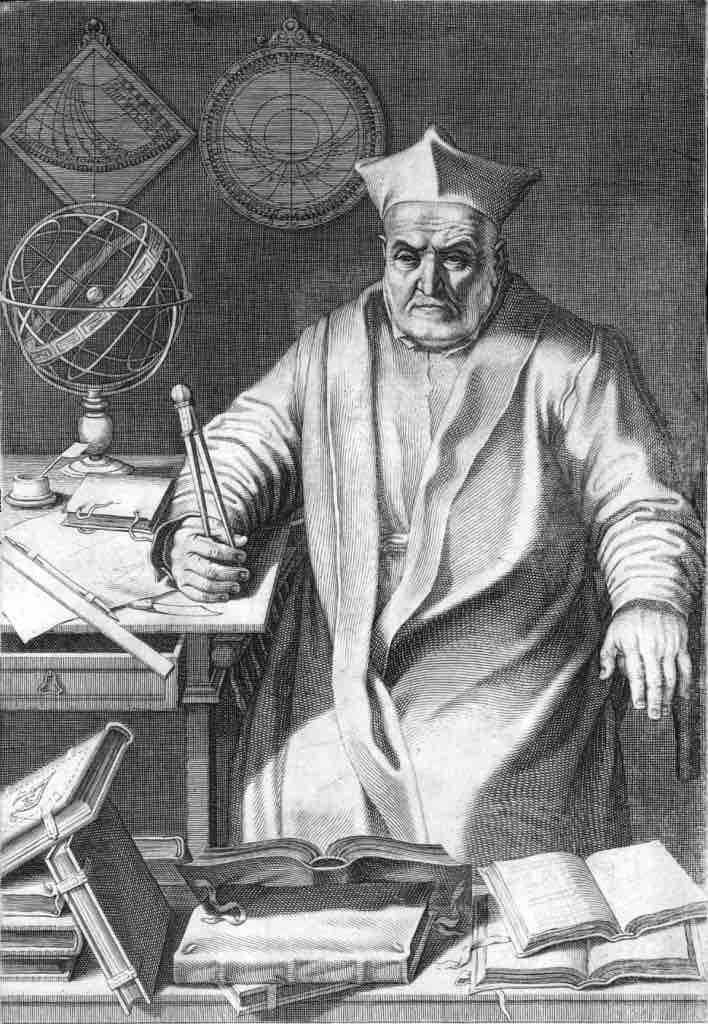 Kepler began by exploring regular polygons and regular solids, including the figures that would come to be known as Kepler's solids. From there, he extended his harmonic analysis to music, meteorology, and astrology; harmony resulted from the tones made by the souls of heavenly bodies — and in the case of astrology, the interaction between those tones and human souls.

Mystery schools have incorporated the astrological view that everything is interconnected, including celestial bodies. Numerology holds that the underlying basis of reality is mathematical as well as a seasonal and cyclical universe. The Jungian psychologist Marie-Louise von Franz offers this:

Numbers, furthermore, as archetypal structural constants of the collective unconscious, possess a dynamic, active aspect which is especially important to keep in mind. It is not what we can do with numbers but what they do to our consciousness that is essential.

Consider the recent appearance of crop circles. Beyond the aesthetic appeal of the artistry and imagery, the circles can also speak to us on a mental level, through the international language of mathematics. Crop circles often reference sacred geometry, which contains the measure of man, of nature and of the universe, expressed in harmonic proportions. 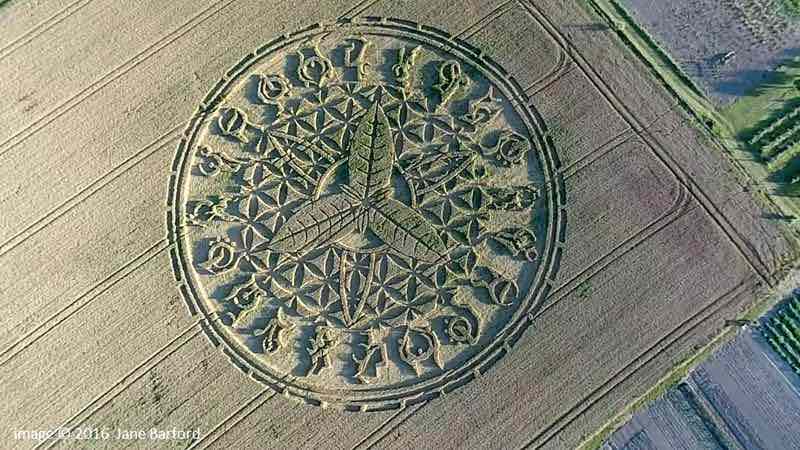 On August 12th, 2016, the above crop circle appeared overnight in a wheat field in the village of Ansty in southwest Wiltshire, England. Featured in this crop circle, which is over 100 metres in diameter, are several circles and arches depicting a type of design known as Sacred Geometry or Divine Proportion.

The flower of life mandala appears in numerous crop circles, designed to represent the mystery of creation: variations of this symbol have adorned sacred sites in many countries over the centuries, from China’s Forbidden City to early Christian churches. The oldest known representation of the flower of life in the Temple of Osiris at Abydos in Egypt date from at least 6,000 years ago, but the significance of these forms lives on.

At ground level, it becomes apparent that the stalks are bent at the nodes, rather than broken, swirled obediently into patterns as if bowing to a higher purpose. This is nature tamed to an intelligent design. 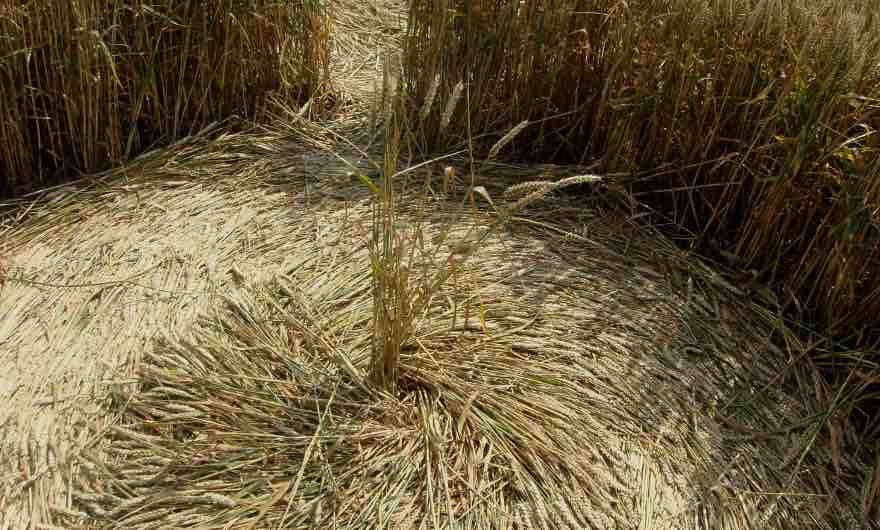 The curve and sweep of the circles bring a soft, flowing form to counterbalance the angular lines that mark the boundaries of the fields. The neat plots of land reflect man’s limiting, linear view of the world; while a circle is infinite, mirroring the abundant expansion of nature, the cycle of the seasons, the unstoppable life force of growing things.

And so the cultural wheel Davenport spoke of turns again.

Crop circles remind us that ancient wisdom has been all but forgotten with the onslaught of technology. But what have advances in science brought to the land? Factory farming, with its disregard for animal welfare, GM crops, pesticides linked to the disappearance of bee colonies vital to propagation – all in the name of progress. Somewhere along the way, a reverence for natural life has been lost.

One could argue that crops are used as the medium for the message that we should work with nature, not against her. As climate change grows catastrophic, we find ourselves at a tipping point where the earth can no longer sustain being exploited for short-term gain.

Profound disillusion with both religion and rationalism has seen the growing interest among millennials in esoteric and indigenous wisdom. Many millennials have cast aside the blissed out escapism of 60s’ psychedelics to explore the ceremonial medicine of ayahuasca in their pursuit for higher truth.

It is true the white man can fly;

He can speak across the ocean….

No poets to equal the island singers. 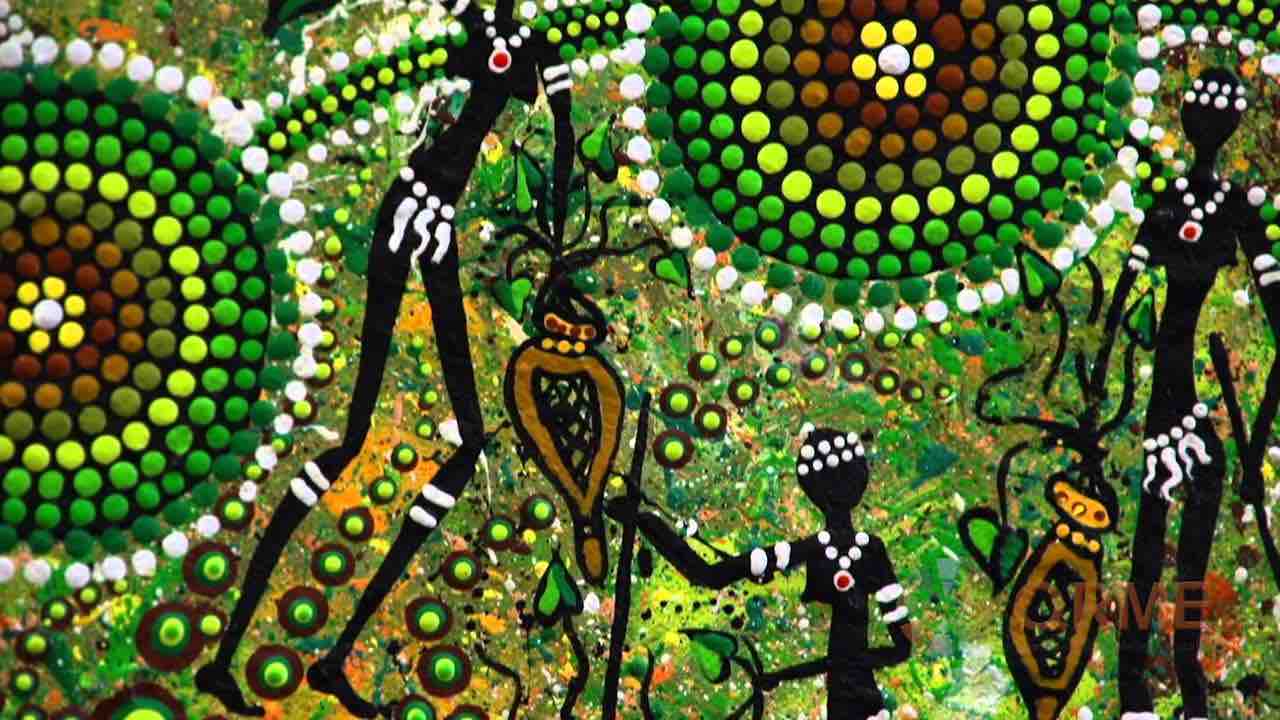 Sacred geometry is a way for us to express and understand metaphysical dualism, where spirit and matter represent the two fundamental categories into which all real things can be sorted.

Sacred Geometry relates to specific geometric proportions and shapes that have symbolic meanings associated with them. It is based on the study of nature and mathematical principles. This type of geometry is located in the natural world and man-made creations. From plants, seashells to a spiral galaxy, the Parthenon and the Pyramids to Leonardo da Vinci’s Vetruvian Man: it has been argued that sacred geometry underpins the world we know.

To delve deeper into the mysteries consider taking part in my online or face-to-face sacred geometry workshop.

information on the sacred geometry workshop