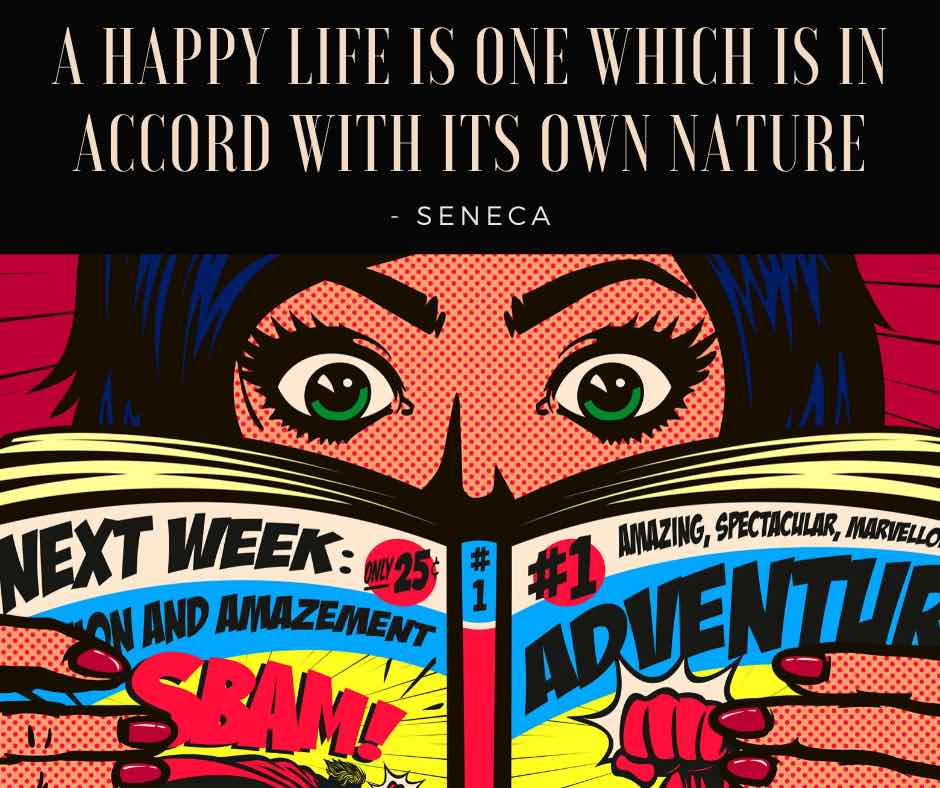 Case Study - The Pollster & The Statesman

Our esoteric blueprint is revealed largely from our numerology and astrology charts.

Following it is the key to fulfilment.

A political leader can be either a pollster or a statesman (leader with integrity).

Donald Trump is a classic example of the former.

Ruled by the fast-moving planet of Mercury, this archetype is flexible, versatile, curious and loves variety.

The sign is associated with trade and Trump has proven to be one of America’s great dealmakers.

It is fairly atypical for a business magnate to go into television.

Once Trump tried his hand at that, he next developed a curiosity about politics.

Geminis are never lost for words. Sociable, outgoing and talkative, they love being surrounded by interesting people.

They are also very efficient when communicating with people.

As for their enthusiasm, Trump’s campaign motto “Make America Great Again” went a long way to helping him defy the odds of becoming president. 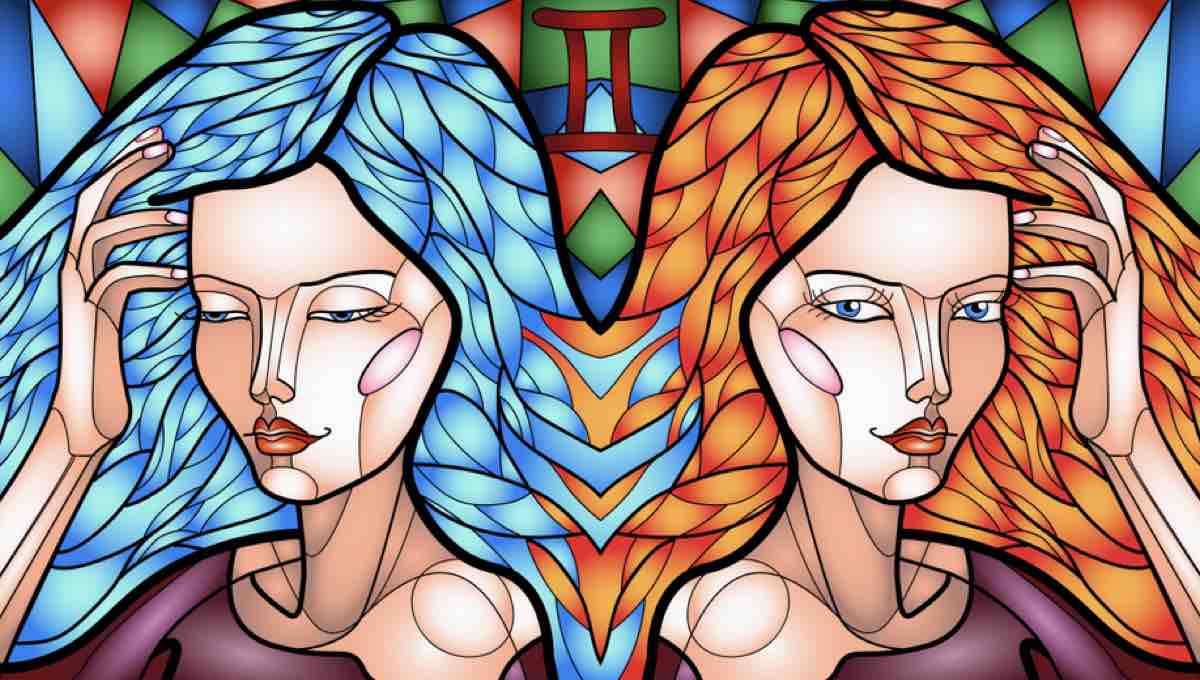 While every sign has its shadow aspect, Geminis are the most famed for their dual nature, as symbolised by twins.

Gemini is associated with the exchange of ideas and communication, so it is no surprise that in its unhealthy expression it is well known for mind games.

With Gemini being the master of manipulation, it is quite befitting that Trump popularised the term “fake news.”

Being mercurial, it is fickle-minded and always ready to throw tantrums.

Trump is constantly at war with social media outlets, recently threatening to announce an executive order “pertaining to social media” after being censored by them.

Trump’s communication abilities were instrumental in him stunning the world by being elected president in 2016.

Wanting to report the news, rather than being reported on, Trump frequently expresses his hostility toward journalists by calling them “the most dishonest human beings on earth.”

The great irony, of course, is that his campaign win largely came about due to employing dark advertising.

It has been increasingly accepted that social media can be used to get people to vote or to sway them to stay away from the polls.

Labelled as weapons-grade persuasion, the medium can divide or unite us depending on the whims of whoever pays to take our digital threads and weave them into a pattern of their choosing.

Trump’s “Project Alamo” campaign, spent a million dollars a day on Facebook ads ahead of the 2016 election.

Documentary, The Great Hack, reveals how Trump enlisted Cambridge Analytica to scrape data from millions of Facebook users and used it to target impressionable voters. 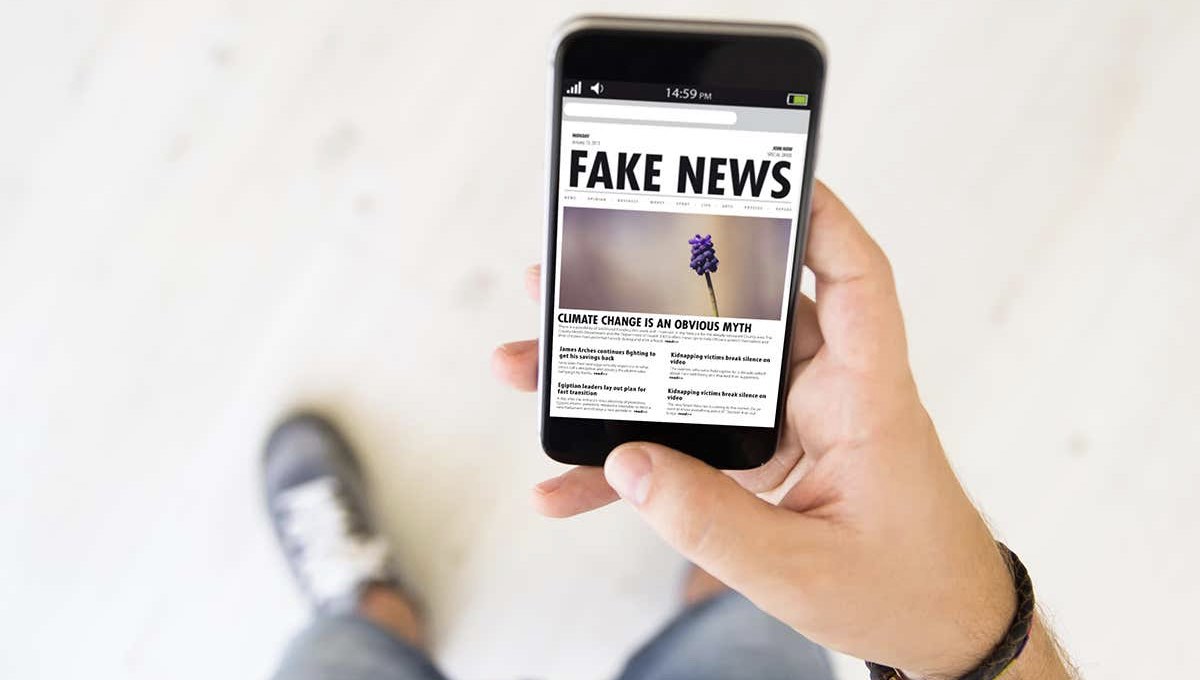 One’s rising sign (ascendant) in astrology relates to the zodiac sign that was on the Eastern horizon when you were born.

It makes up part of your big 3 astrological influences along with the sun and moon.

When thought of like the filter you view the world through, it represents both your outlook on the world and the first impression you give to others.

It reveals our social personality and outward style.

In its positive expression, Leo is the most generous, warm, fun, playful, sunny and emotionally vulnerable of the star signs.

It brightens the atmosphere and reminds us of the joy to be found in life.

When displaying its shadow side, the sign is disdainful, egocentric, arrogant, pompous, patronising, self-righteous, insincere, sexually promiscuous and convinced of its superiority.

I leave it up to you to decide whether you notice more light or shadow Leo qualities in Trump’s attitude and behaviours.

For the sake of brevity, we’ll consider his two strongest astrological influences, his sun sign and his moon sign.

It is the sign of progressive, cutting edge thought, making them revolutionaries and often exiles.

Individually, it tasks us with individuation and realising our potential.

Collectively, it is the champion of freedom, justice and equality.

It sees the world as its family, being inclusive of all. 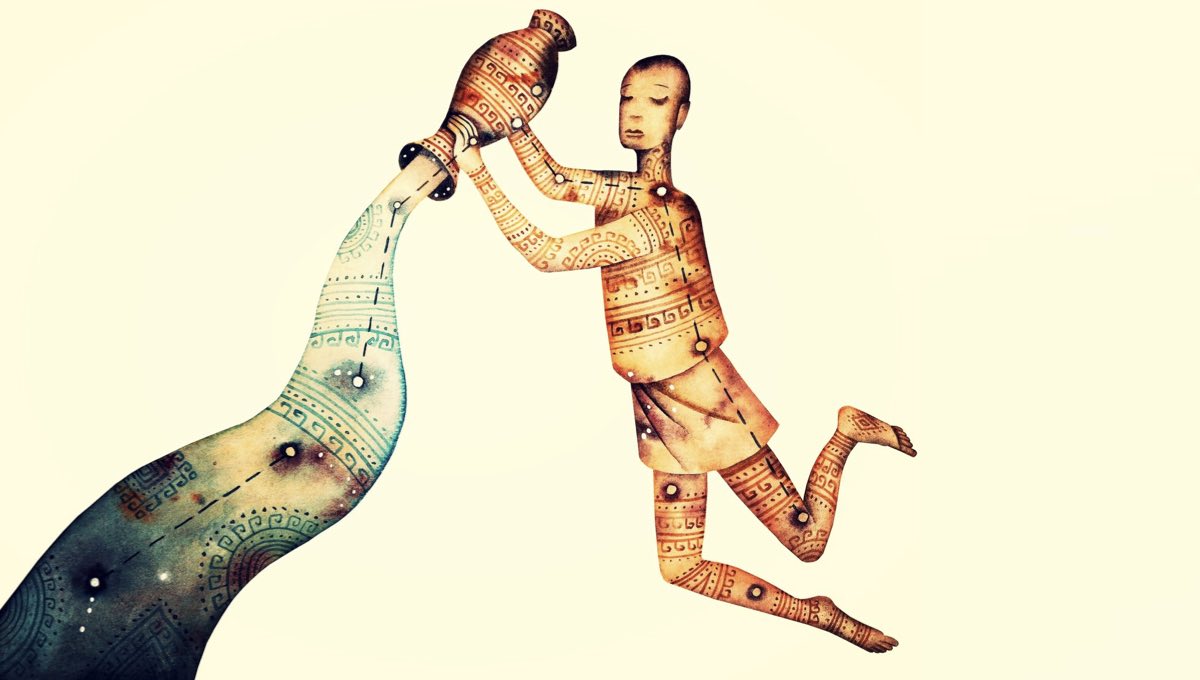 The Age of Aquarius - a time of change, of breaking of barriers, of new interactions, innovation and disruption towards a better world.

Lincoln’s moon was in Capricorn.

If our sun sign indicates what we are here to do, then our moon gives us clues as to what brings us happiness and emotional wellbeing.

At its best, Capricorn is a diligent and responsible archetype that wants to achieve something lasting and empower others toward reaching the highest limits of their possibilities.

It is self-disciplined, self-sacrificing, persistent, full of integrity and feels satisfaction through practical achievement.

The planet Saturn rules both Aquarius and Capricorn. It is a stern taskmaster.

Bringing about heavy feelings of responsibility and duty, it often brings about depression in those who have a strong Saturn influence, such as Lincoln did.

There is also a strong loner aspect to the planet.

How else can a person gain space from conditioned thinking or put in the long hours working to achieve something of great substance? 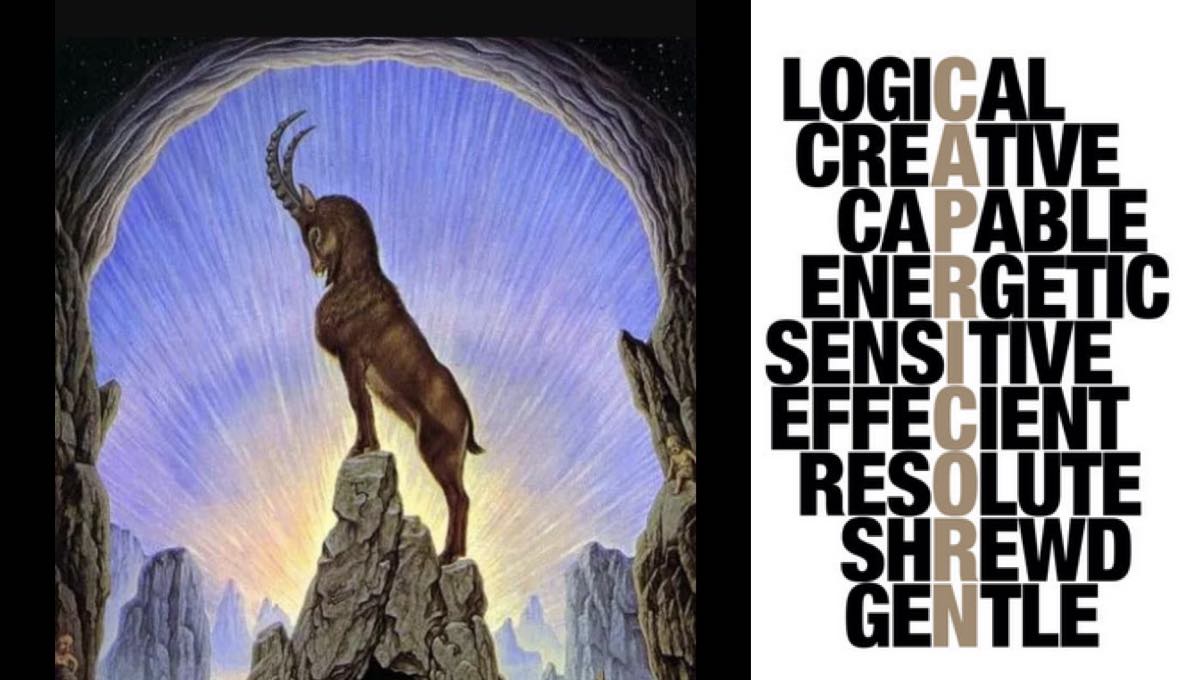 As you contemplate the timeline of his life, reflect on how Lincoln’s astrology blueprint shaped his life path. Note how embracing the destiny he chose brought him fulfilment.

Abraham Lincoln grew up in the backwoods of America's Middle West.

Born in a log cabin, he didn’t receive any schooling and very rarely travelled.

With his father being both lazy and wasteful with money, he grew up in grinding poverty. Despite this, he taught himself to read.

One idea that shaped him came from the ancient Greeks. They held that if one accomplishes something worthwhile, one lives on, even after death.

After getting a job on a pioneer farm Lincoln continued to educate himself while feeding his dream of making the world a better place having lived in it.

Lincoln might have found his defining centre in wanting to become a true statesman but clarity of purpose is just one element to a calling.

Equally important as finding life direction is demonstrating tenacity, courage and the willingness to meet with failure.

Often it requires a sense of mission, a belief that there is something that only we are qualified to do.

His upbringing was marred by terrible loss.

His mother died when he was 9, he lost both his siblings and his first love died at the age of 22.

Humility and empathy are distinctive qualities of a true leader and they tend to be birthed from suffering. 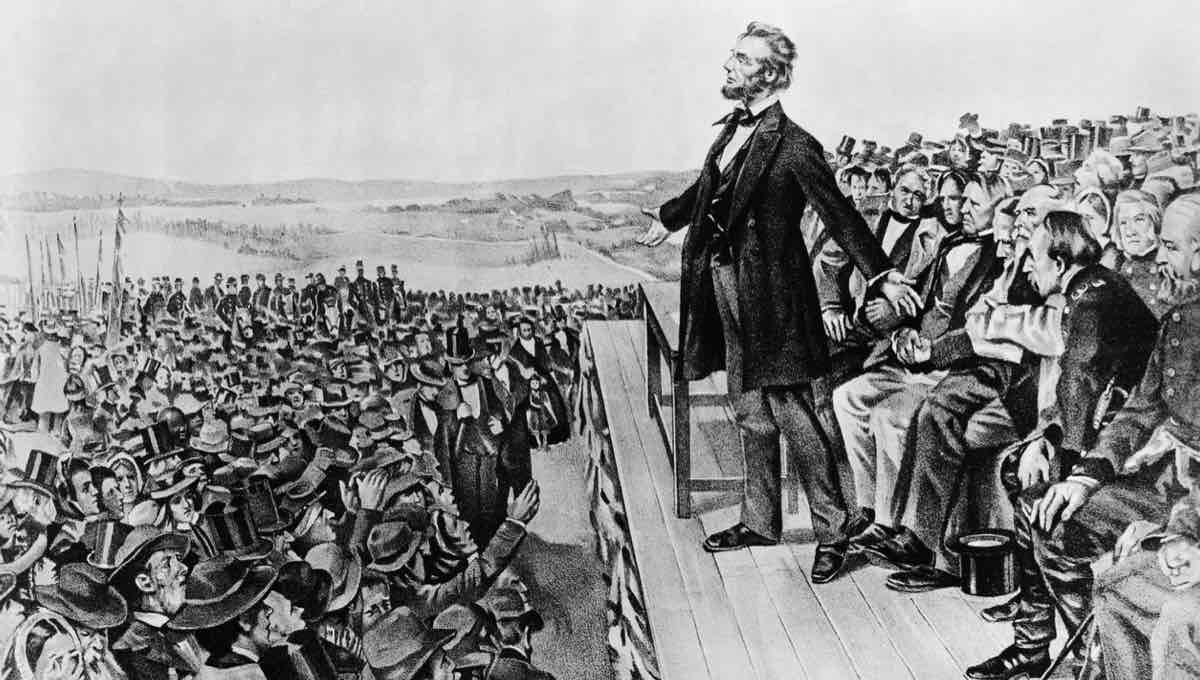 "When I do good, I feel good. When I do bad, I feel bad. That's my religion.” - Abraham Lincoln

Now consider some of the numerological aspects to Lincoln’s chart.

Adding the digits in his date of birth leads to the life path number of 23 (5).

His 5 Life Path number is that of the rebel archetype. Interestingly, Bernie Sanders has a life path of 32 (5).

Similarly to Aquarius, it is driven to shake up received thinking and advocates freedom and justice.

With his Life Path comprising the numbers 2 & 3, it suggests a strong focus on co-operation and equality (2) as well as a focus on using communication to uplift and inspire (3).

Born on the 12th, Lincoln’s day number was also a 3, amplifying this capacity.

Looking at the numerology of his name, his vowels add to a 9, meaning his greatest happiness would come from humanitarian work.

His consonants added to 6, the nurturer/self-improvement archetype.

Another core number in numerology is our maturity number. This force gets stronger at midlife when we have the maturity to start expressing it.

Lincoln clued into the importance of this when he said, “Nearly all men can stand adversity, but if you want to test a man's character, give him power.”

While we typically reduce numbers to a single digit, 11 is a master number or a higher octave of the 1 archetype (11/2).

The 11/2 archetype is the potential to be a leader with spiritual consciousness and a visionary who wants to reform social issues using their idealism and new ideas.

Lincoln certainly fulfilled his task of bringing more light to the world. 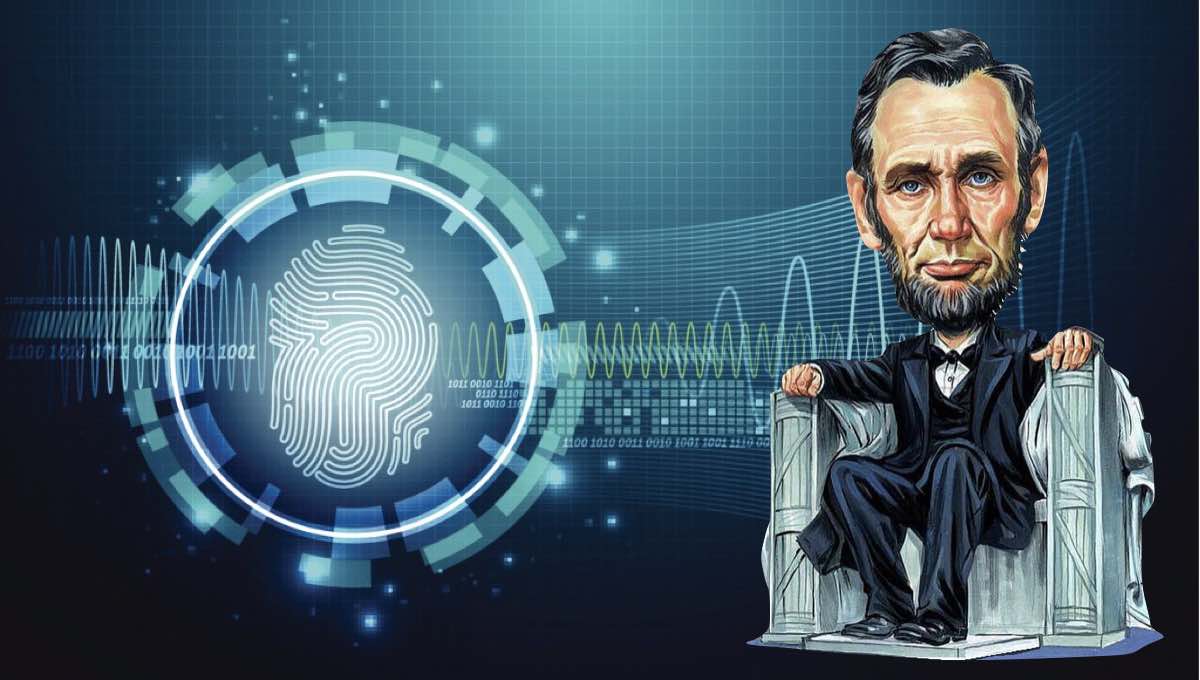 While travelling in a wild region of the Caucasus, the Russian novelist Leo Tolstoy was befriended by a chief who wanted to hear about the world outside his mountains.

After Tolstoy went on at length about the powerful leaders of Europe, the chief insisted:

“But you have not told us about the greatest general and ruler of the world. We want to know something about him. He was a hero. He spoke with a voice of thunder, he laughed like the sunrise. His deeds were strong as the rock and sweet as the fragrance of roses.

He was so great that he even forgave the crimes of his greatest enemies and shook brotherly hands with those who had plotted against his life. His name was Lincoln and the country in which he lived is called America. Tell us of that man.” 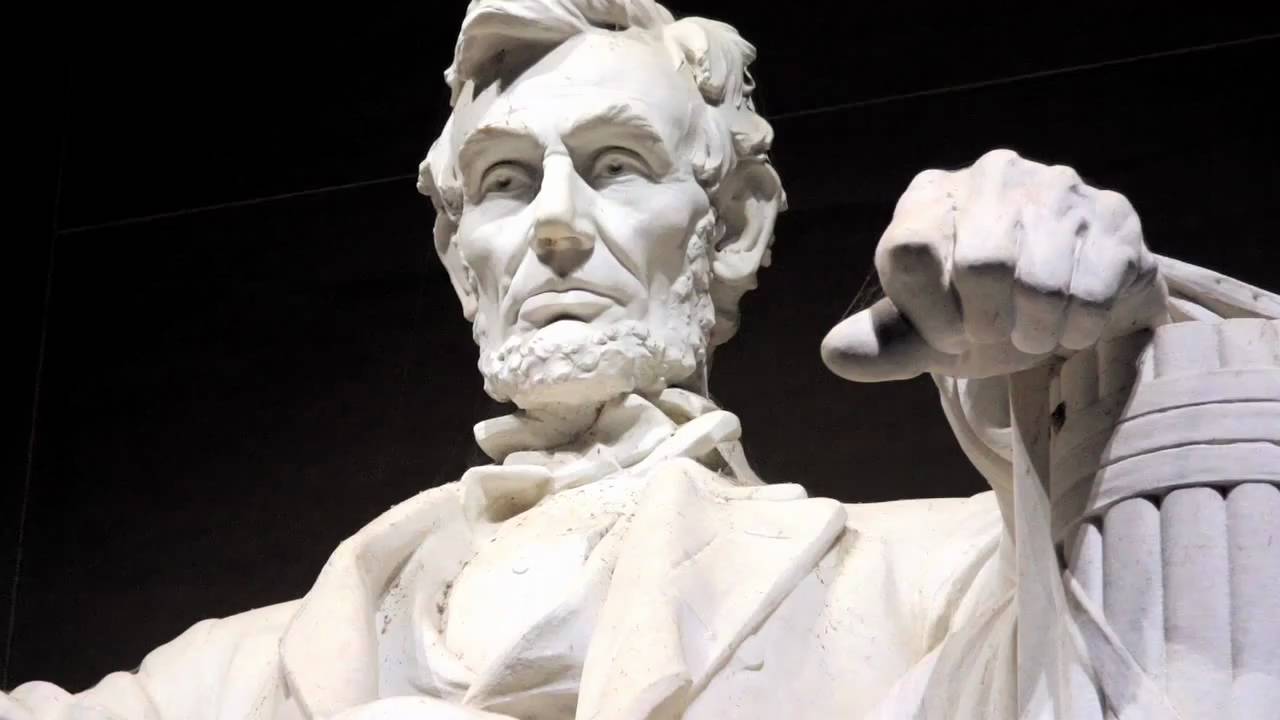 Word of Abraham Lincoln, whose seed was planted on such dry, unpromising ground, reached even that remote area of the world.

Knowing your esoteric blueprint can be one of the most liberating and empowering things you ever do.

Perhaps you’ve had your astrology chart done but not your numerology chart or vice versa.

Each of these tools is equally illuminating and together they illustrate the synergistic principle of 1+1 = 3.

Contrasting the impacts of Abraham Lincoln with that of Donald Trump, I can’t help but think of this piece of wisdom from the Gospel of Thomas:

“If you bring what is within you, what you bring forth will save you.

At this moment of climactic change, isn’t it time to bring forth your essence and help shape a better future?

FIND OUT MORE ABOUT OUR numerology with astrology