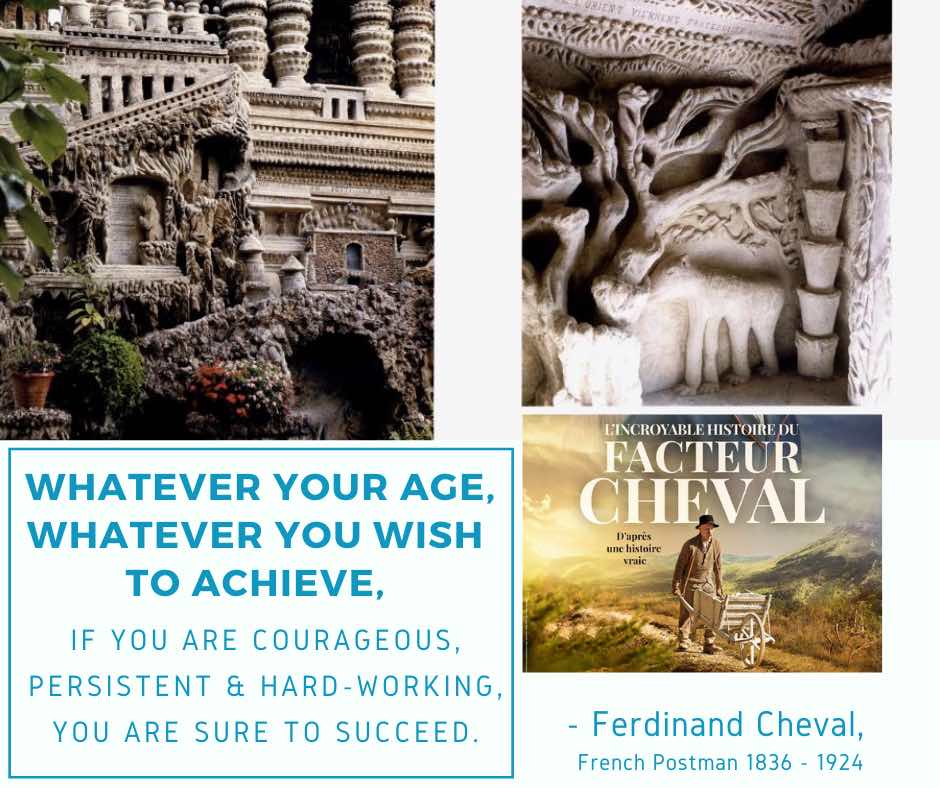 Joseph Ferdinand Cheval was born in the southeast of France. Coming from a poor farming family he left school at 13, becoming a baker's apprentice before changing careers to be a rural postman at 31.

His personal life was marred by loss. Joseph married at 22 and later had two sons, one of whom died at the age of 1. His wife died when he was 37.

In astrology, Saturn is the archetype of the sage which uses pain as a means to shift our attention on what we should focus on. Consider the restriction we have collectively felt during 2020 with Saturn being in its home sign of austere Capricorn. Sure, we might be missing international travel but if the consequences of vast economic inequality and environmental collapse are staring us down, what is ultimately of greater importance?

Cheval had his Saturn placed in the 7th house, representing marriage or partnership. It was in the sign of Scorpio. This meant that he would have a life where there was a lot of difficulties forming a connection and interacting with a partner. With Scorpio being the most private of the signs, Joseph struggled to reveal his deep inner life to a partner.

The sum of his date of birth digits (born 19.04.1836) is 32. Numerology suggests that his life path involved learning how to communicate (number 3) in a co-operative/open hearted manner (number 2).

Seeing the film version of his life illustrates these elements.

The positive side of Cheval’s Saturn placement is being tremendously loyal and recognising how a healthy relationship is integral to one’s happiness. It can be difficult for people with this placement to find love, but if they do, Saturn influences them to be committed and never blasé in matters of love. 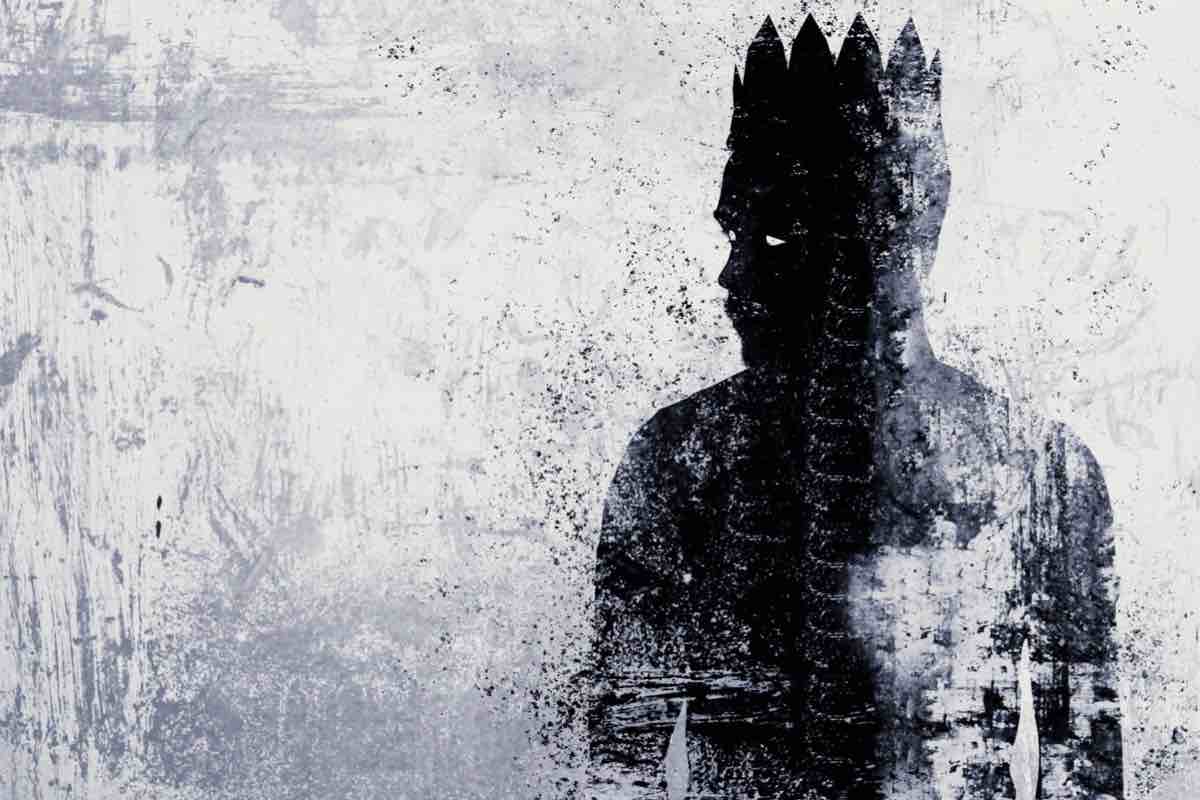 Saturn in Scorpio - unsettling Saturn meets the intensity of Scorpio

Scorpio is the archetype of death and rebirth or transformation. Upon remarrying at 42, his life trajectory changed monumentally.

The following year his daughter Alice was born, helping to chip away some of his grief and despondency.

Joseph had an extraordinary amount of Aries energy in his astrology chart, over half of his planets being in the sign.

His sun was in the 1st house, which is Aries home territory, amplifying its power further. With Aries on his ascendant, he viewed the world through a pioneering lens.

When the element of fire is dominant in your astrology chart you are gifted with intuition, high energy, courage, self-confidence and enthusiasm. Aries is intent on asserting themselves and achieving their dreams. Being one of the Cardinal modes, Aries is driven to initiate and make things happen.

The planet Mars indicates how we assert ourselves in the world, while Mercury captures how we think and communicate. With both of these planets in Aries and the realm of the 12th house (imagination, dreams, collective unconscious), he was destined to design a great project and it was always going to be an unusual one.

“What can you do when you always walk in the same setting, if not dream? As a distraction, in my dreams I built a fairy palace.” 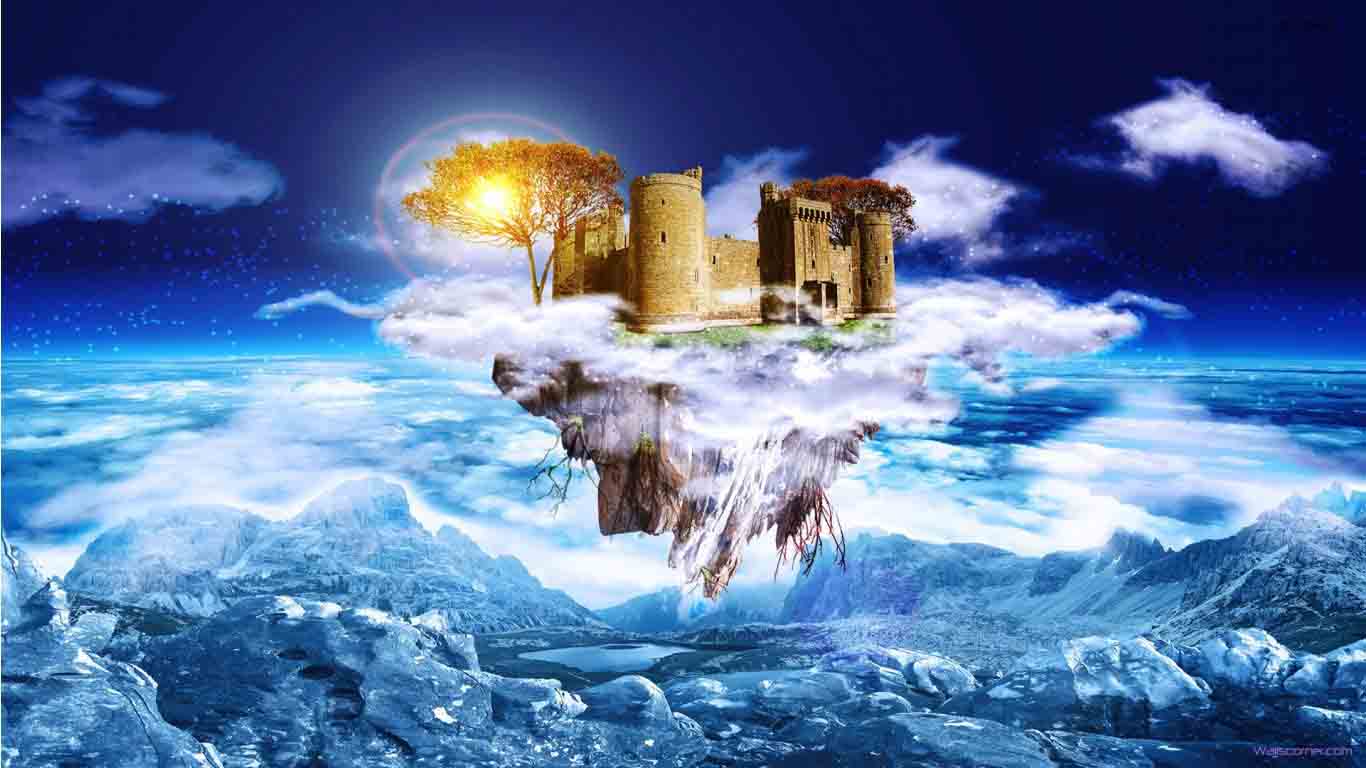 Over the years he had always felt that the birds and the trees were communicating with him. At the age of 43, the natural world spoke to him more overtly when he tripped on a stone. Something about its shape unleashed a surge of creativity that would last until his dying breath.

As Joseph described it:

“I was walking very fast when my foot caught on something that sent me stumbling a few meters away, I wanted to know the cause. In a dream I had built a palace, a castle or caves, I cannot express it well... I told no one about it for fear of being ridiculed and I felt ridiculous myself.

Then fifteen years later, when I had almost forgotten my dream, when I wasn't thinking of it at all, my foot reminded me of it. My foot tripped on a stone that almost made me fall. I wanted to know what it was... It was a stone of such a strange shape that I put it in my pocket to admire it at my ease. The next day, I went back to the same place. I found more stones, even more beautiful, I gathered them together on the spot and was overcome with delight... It's a sandstone shaped by water and hardened by the power of time. It becomes as hard as pebbles. It represents a sculpture so strange that it is impossible for man to imitate, it represents any kind of animal, any kind of caricature. I said to myself: since Nature is willing to do the sculpture, I will do the masonry and the architecture.”

As an unassuming, untrained Postman, Joseph had no knowledge of building or architecture. And yet, for the next 33 years, he picked up stones during his daily mail round and carried them home to build a palace for his daughter as a way of demonstrating his love for her.

Initially, he carried the stones in his pockets, then in a basket before graduating to a wheelbarrow. With his mail run taking all day, he would typically work at night, by the light of an oil lamp.

In astrology, our Midheaven is the cusp of the tenth house of our natal chart. Found at the top of the chart it is the most public point in our chart. It represents our public life, our purpose in life and what we can give to society. With his Midheaven in Capricorn, Cheval found satisfaction in leaving something concrete as a legacy.

With his date of birth digits adding to 32, Joseph’s life path in numerology was the of the 5 archetype. It involves learning how to handle freedom responsibly. The 5 grows beyond the 4 archetype which is very responsible but often regimented to the point of growing dull minded.

5 represents expansion through travel, the senses or questioning the status quo. It is the number of the rebel and eccentric. Unlike today, where construction is heavily regulated and controlled, Joseph made it up as he went, unconstrained by plans and architectural rules.

With no means to travel (often the lifeblood of a life path #5) he spent years vicariously living through other people's mail as he walked his route, pouring over picture postcards from exotic places and leafing through the illustrated magazines that he was about to deliver. He would go on to sculpt animals into his palace, constructed from the memories of the postcards he delivered.

Among his palace full of remarkable mosaics, Joseph hand carved poems and phrases he came up with such as:

"If you look for gold you will find it in elbow grease.”

"The Pantheon of an obscure hero.”

"Out of a dream I have brought forth the Queen of the World.”

"The ecstasy of a beautiful dream and the prize of effort.”

"Dream of a peasant.”

and "Palace of the Imagination.”

Perhaps the most fitting was the one which reads: 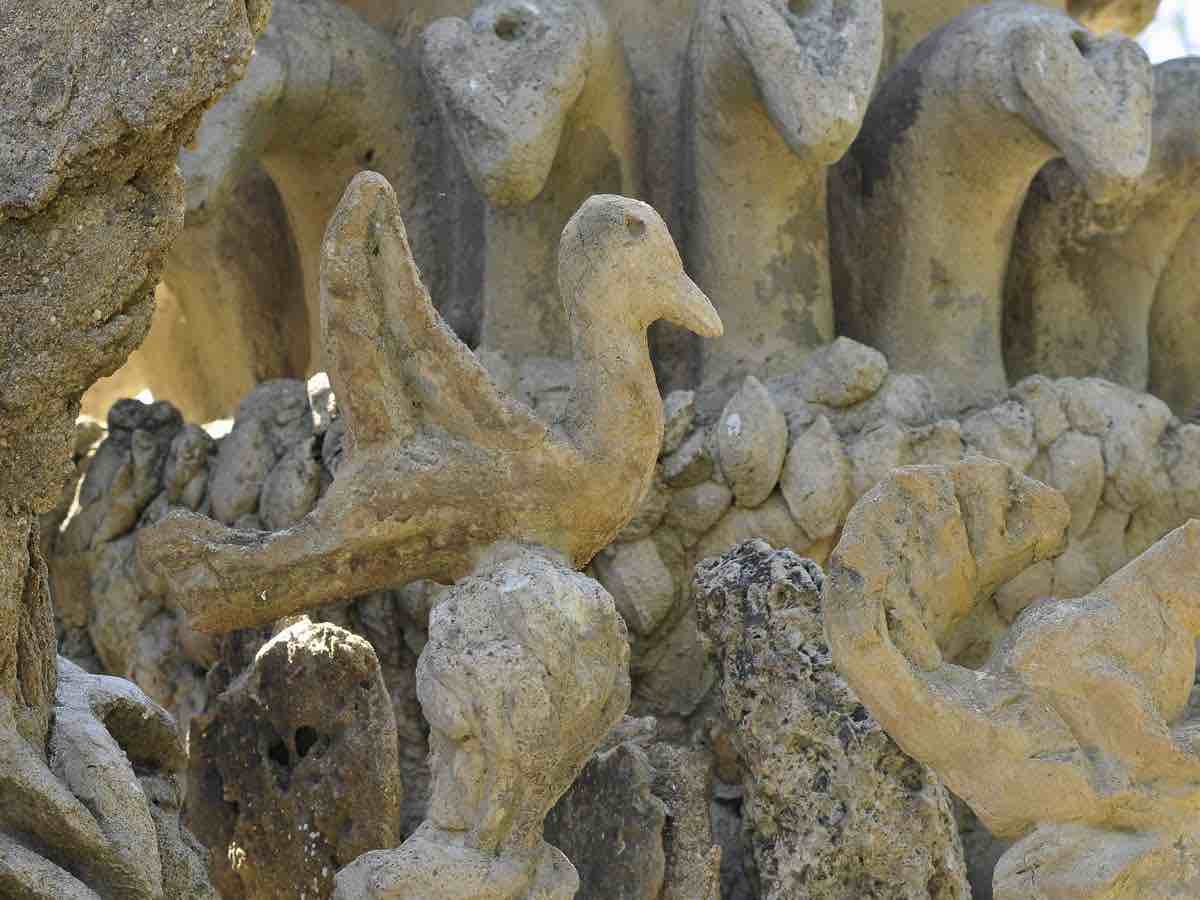 With his astrological North Node (life direction and area of expansion) in Taurus, he not only listened to the natural world and his own animal instinct to build the palace, but he also drew on the enormous capacity for work which Taurus is famed for.

This was complemented by the high level of the 4 archetype in his name. The letters d, m & v each resonate with the number 4 in numerology, the archetype of the worker. The average person might have one of these letters in their full name. Cheval had three of them to assist with his tremendous work ethic. Often the numerology life path 5 struggles to commit to things and seeing something through to completion. Cheval was fortunate to have a nice balance between the two energies.

Cheval wanted to be buried in his palace. But the laws in France made that illegal. Summoning the Aries tendency to fight for what they believe in, he spent eight more years building a mausoleum for himself. He died around a year after he had finished building it and is buried there.

Drawing on the vast amount of masculine energies in his astrology and numerology, Cheval managed to create something unparalleled in scope and originality. But it was the birth of his daughter that helped break open his heart and soften his stoic demeanour. His wife Claire also played an integral role inspiring him and supporting his life’s work. It was Claire’s land upon which he was able to build and she spent countless hours cleaning and polishing the stone with which he built. Without her love and care, the pain of his losses would have rendered him immobile.

The beauty of understanding your astrology and numerology blueprint is that it can help you determine what your higher purpose and life lessons are, as well as help you integrate the different parts of yourself, such as the masculine/feminine.

Marcus is a numerologist in Sydney, Australia who offers face to face and zoom readings.

learn ABOUT THE value of a numerology reading