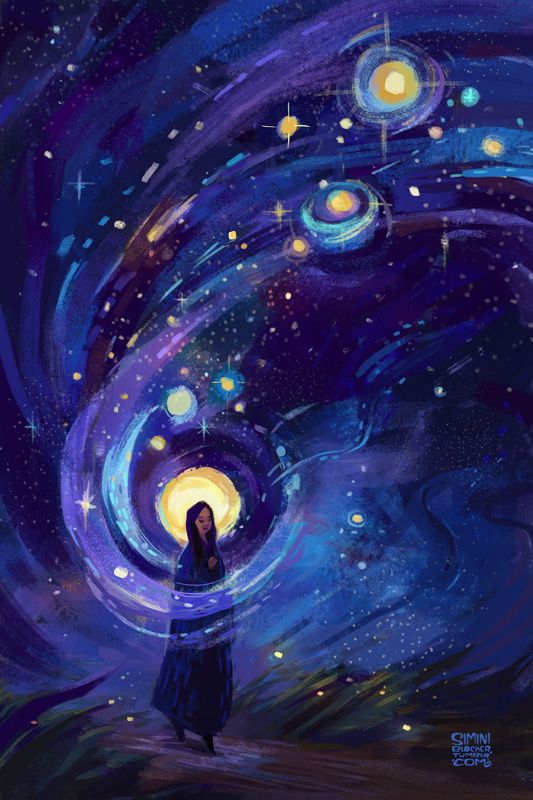 “Our feeblest contemplations of the cosmos stir us, there is a tingling in the spine, a catch in the voice, a faint sensation, as if a distant memory, of falling from a height. We know we are approaching the greatest of mysteries.” - Carl Sagan.

If the celestial beauty of the universe evokes such a response in rationally minded scientists, consider what it awakens in those with an openness to the transpersonal.

In the language of astrology, the zodiac represents archetypal themes. Astrological ages change every 2150 years when the Earth's rotation moves into a new sign. There has been debate as to when the last shift occurred with many proclaiming 2012 as the time we left the Piscean age and moved into the Age of Aquarius. The solstice of December 21, 2020, saw Jupiter and Saturn conjoin in Aquarius with the Great Conjunction. In February of this year, seven celestial bodies move into Aquarius. One way or another, this archetype has come to the fore.

Aquarius is considered the most progressive and forward-thinking of the zodiac archetypes. Consider how much change there has been in terms of gender identity and acceptance of diversity around sexuality. It promotes a “we” mentality rather than an “I“ one. 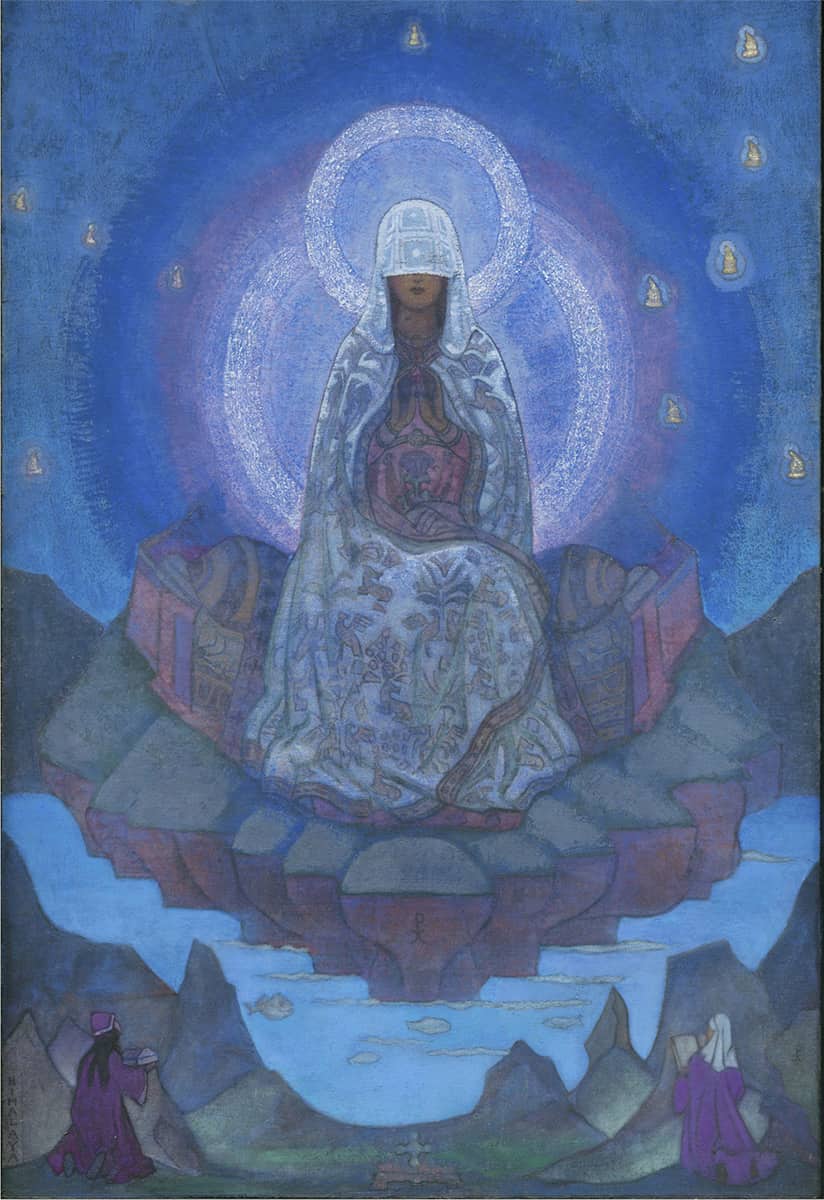 The shadow qualities of Pisces includes enmeshment, codependency and subjugating our core values to fit in or gain approval. Clare Dakin asserts that “The repression of the feminine has led to a planet on the edge of collapse. The re-emergence is going to be a dance to behold.”

The Dalai Lama has often remarked that he inherited his compassion from his mother. At the Vancouver Peace Summit in September 2009, he was surrounded by a number of women who have devoted their lives to helping the downtrodden. There were Nobel peace laureates: Mairead Maguire, Jody Williams and Betty Williams. He also met with Irish president and activist Mary Robinson, Susan Davis and Abigail Disney. The effect of spending time with such powerful women caused him to declare, “The world will be saved by the Western woman.” 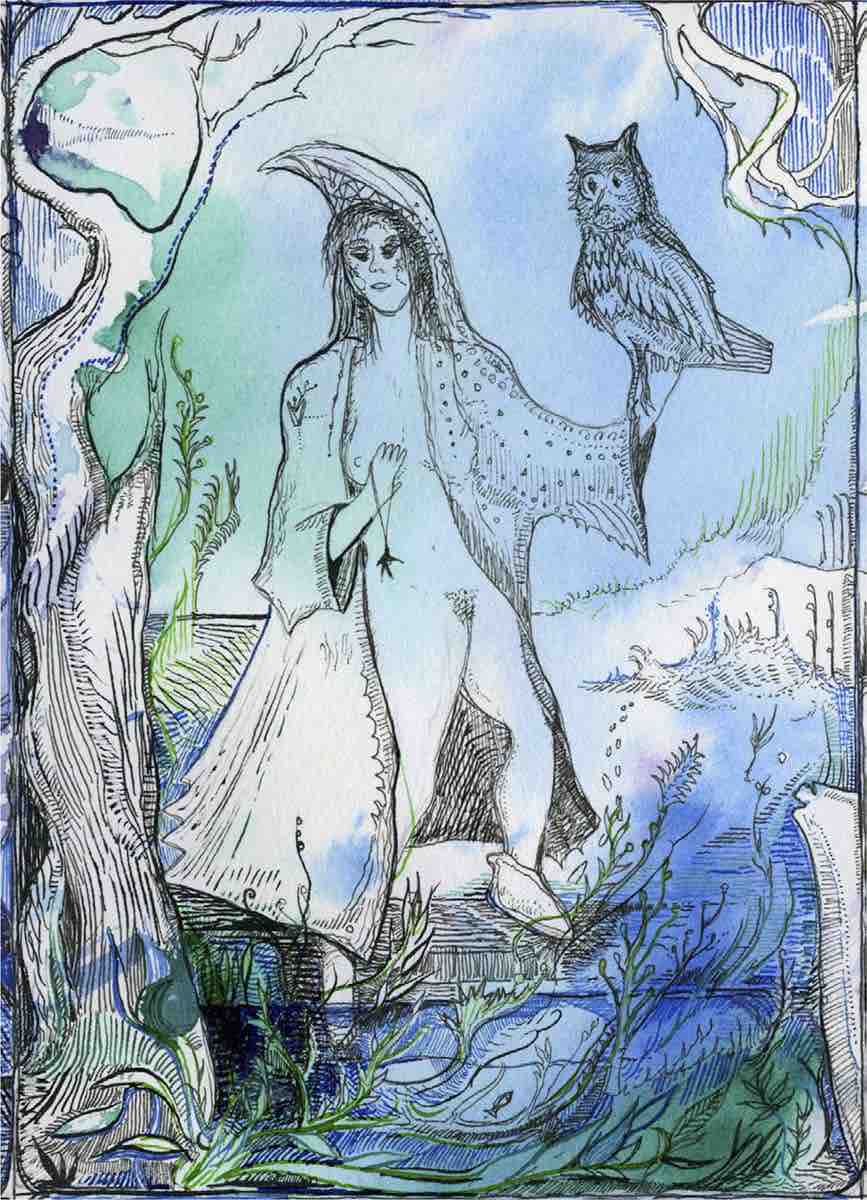 Beyond the outward expression of the feminine such as compassion and activism, there are signs that more soulcentric inner expression is helping us move beyond empty materialism to connect with something greater. Religion wanes but shamanism and esoteric modes of connection continue to grow.

The Egyptian deity, Ma’at was the goddess of measure and balance. The traits of balance and harmony are qualities we associate with the zodiac sign of Libra. Like Aquarius, it is powerfully motivated by equality. As women step into their full power, men are being asked to leave behind all the patriarchal qualities that have seen toxic masculinity cause so much harm. 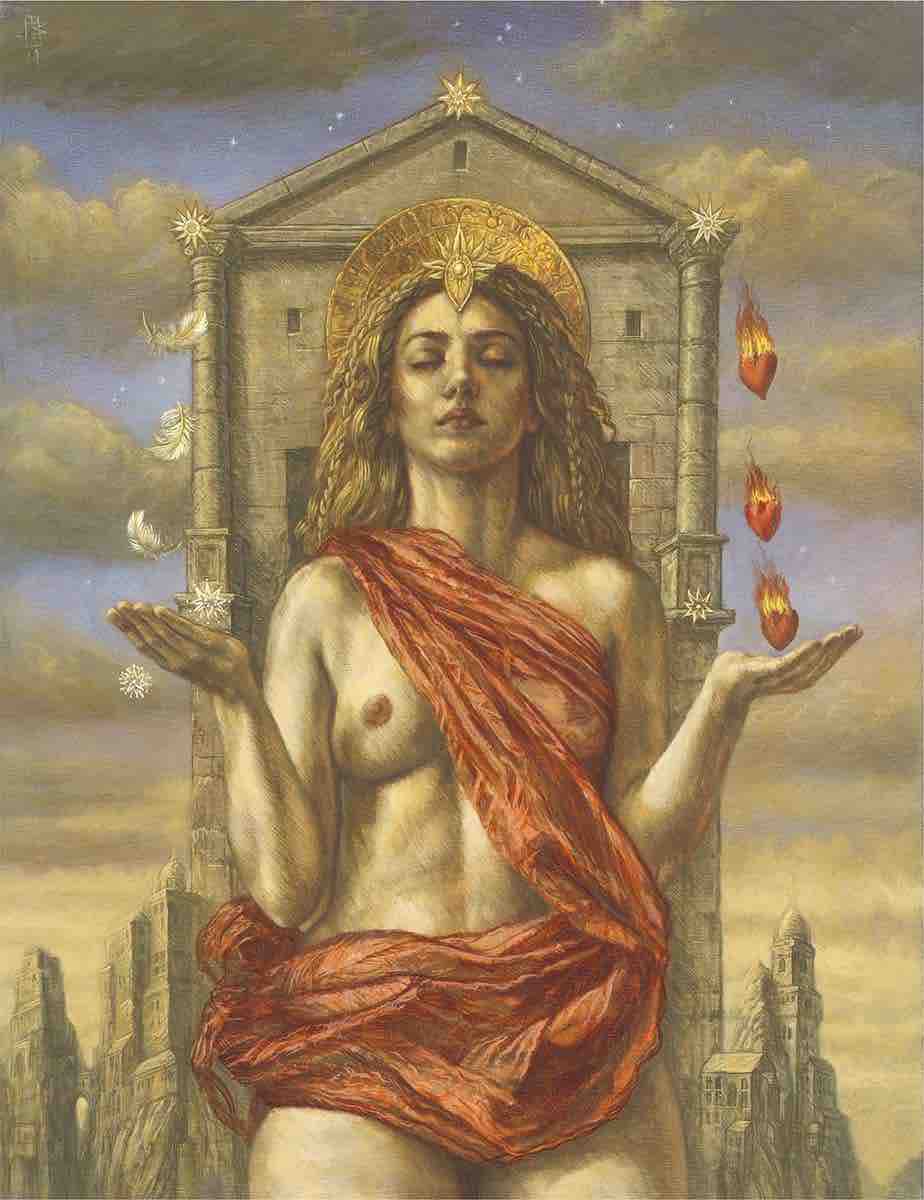 Films like “The Hangover” showcase the man-child concept. The 2020 film, “Another Round,” explores where this leads come midlife. Four Danish men have become dead-eyed, jaded in their work and live either alone or in the midst of crumbling relationships. And so they experiment with the idea that instead of numbing themselves with alcohol during evenings or weekends, they should drink during the daytime too, while at work. Beyond the social commentary of alcohol dependency and the masculine tendency towards anaesthetising the feminine, there is a great level of tenderness as the men allow their feminine side to surface in the way that they open up and care for one another.

Hunter Johnson was mocked as a child for being so connected with his feminine essence. In retaining his sensitive and self-awareness, he models the kind of masculinity that the world so desperately needs today.

In 2004, he created “The Man Cave” which offers young men a rite of passage that isn’t about rejecting the masculine altogether but acknowledging wholeness — that the feminine and the masculine exists within each one of us — and how certain traits can become destructive when they’re not in balance with others, or given their full expression.

Hunter could have climbed the corporate ladder to find conventional success but has used his talents to create change as a social entrepreneur. His not for profit enterprise has helped change the paradigm for over 25,000 young men across Australia, giving them opportunities to confront their social conditioning and connect with a deeper part of themselves. 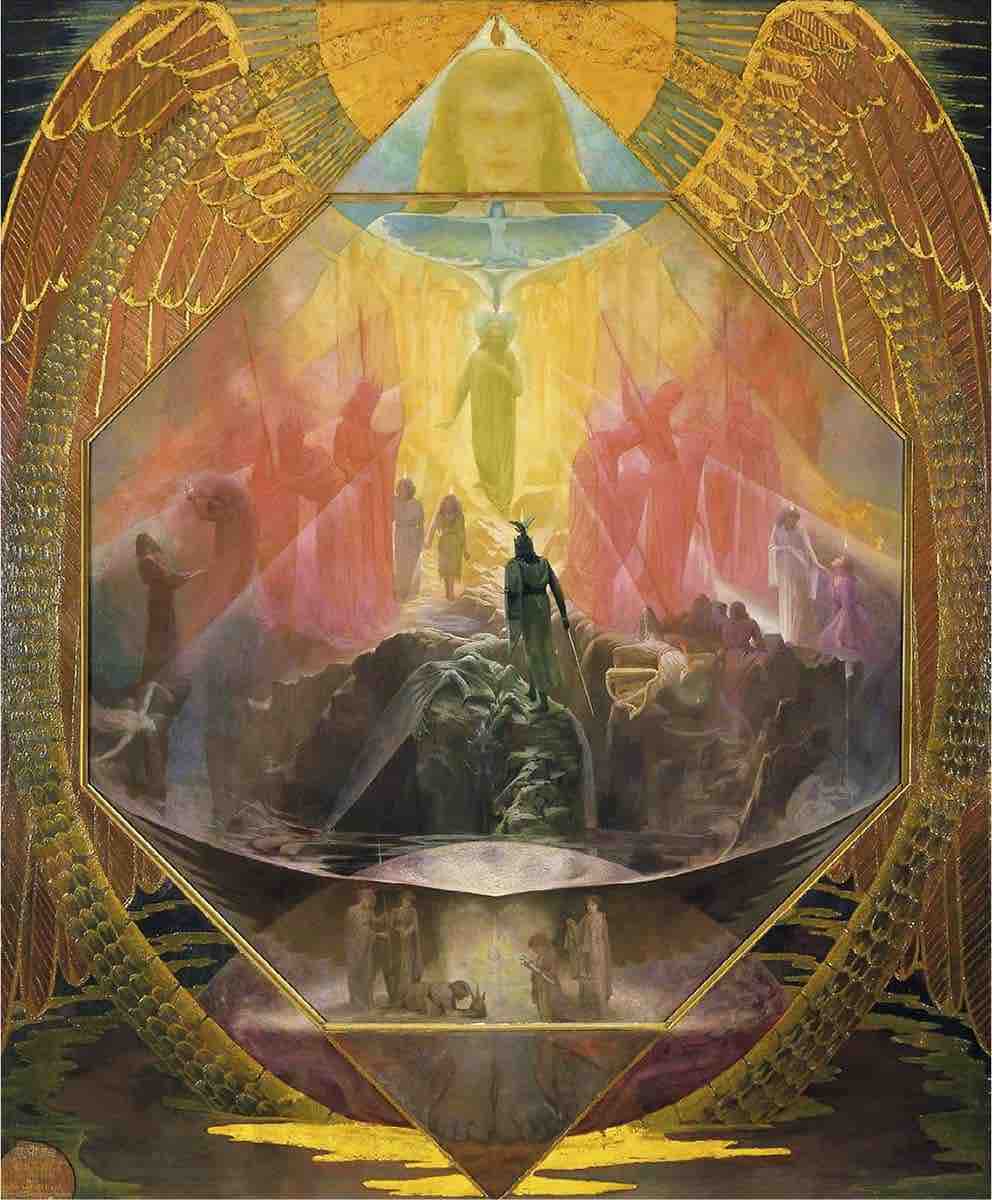 Jeff Brown followed the conventional script to do all the things he was supposed to do to become successful in the eyes of the world. He was on the Dean's Honour List as an undergraduate. He won the Law and Medicine prize in law school and apprenticed with a top criminal lawyer.

But then, on the verge of opening a law practice, he heard a voice inside telling him to stop. With great difficulty, he honoured this voice and began a heartfelt quest for the truth that lived within him. Although he didn't realise it at the time, Brown was actually questing for his innate image, the essential being that he came into this lifetime to embody. He was searching for his authentic face.

He integrated his feminine aspect by going inside and connecting his spirituality with his emotional life, distilling his true calling from the distractions of modern life. 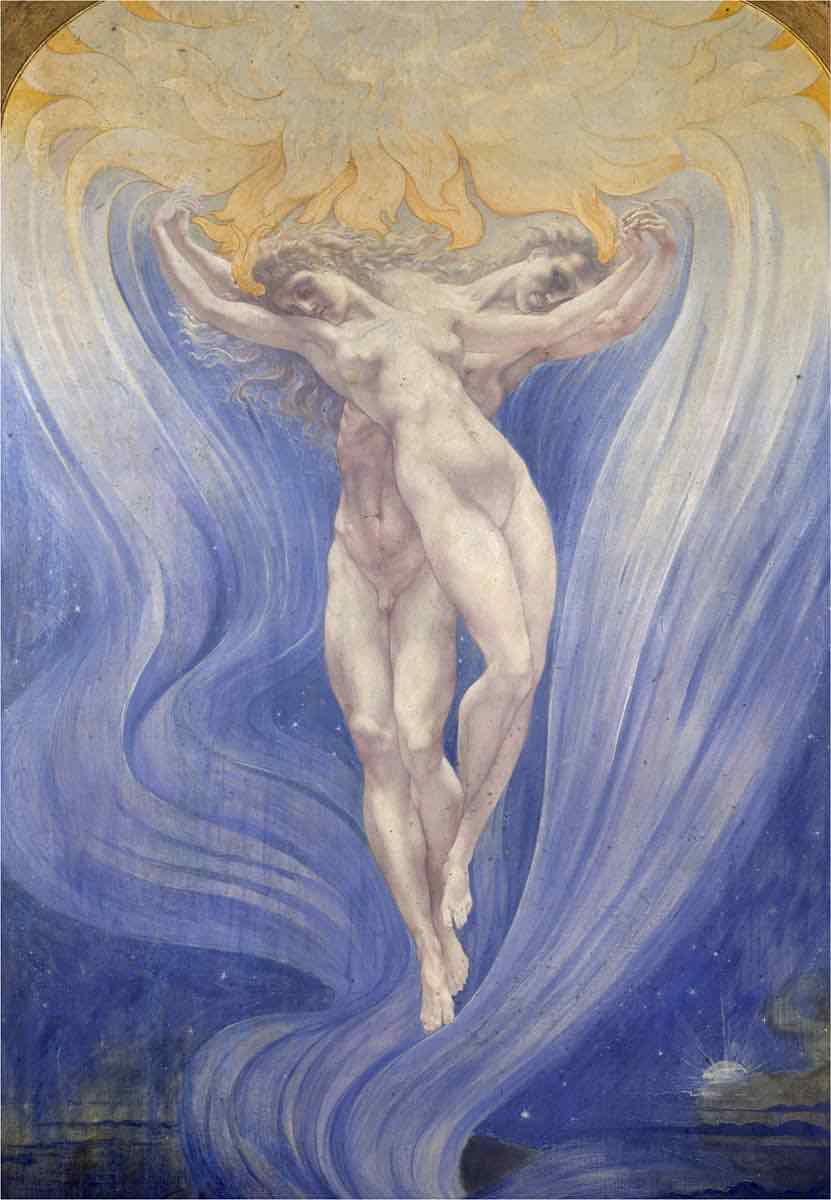 Recognising the impulse in the collective to heal the gender wars and help people integrate their masculine and feminine, I’ve created a program called: Sacred Union: Integrating the Divine Feminine & Divine Masculine.

It can be done as a retreat program at my Blue Mountains retreat centre or online. You can find out more about it here: