Looking Beyond The Conscious Mind 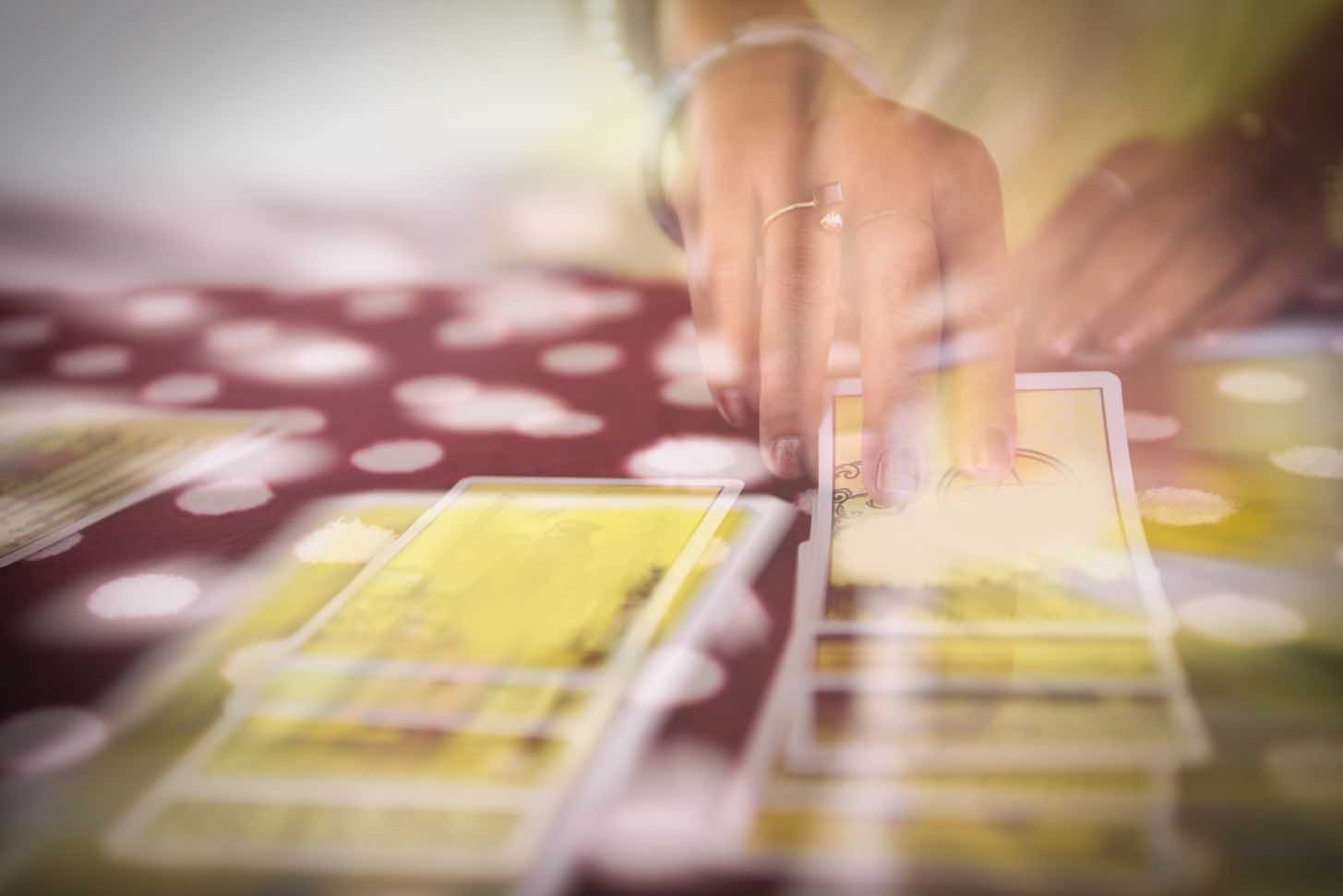 Of the many people who will do a web search for something like fortune telling Sydney, far fewer attempt to understand how it is that a tarot reading works. While psychology permeates our culture, understanding the human mind is a relatively new field of study. Philosophers may have discussed it frequently but few ancient people earned their livelihoods from it, unlike today.

Like Freud, Carl Jung concluded that we each have our own Personal Conscious that holds all our memories and knowledge. Less than 10% of an iceberg's volume is viewable from the surface. Psychology suggests that our Personal Conscious, or persona, contains a small minority of our real makeup.

Our Personal Unconscious holds memories we have forgotten or repressed. Not only is it harder to access, but we’re also generally unaware of it. Despite our ignorance, it still makes an impact and reveals itself as imbalances or neuroses in an individual. Psychotherapists employ the term shadow work as a means of understanding the role our unconsciousness plays in our lives. Psychology has often employed hypnosis to access these memories for therapeutic reasons. Just as hypnosis can bypass one's subconscious gatekeeper, so can the tarot reveal repressions through their imagery. 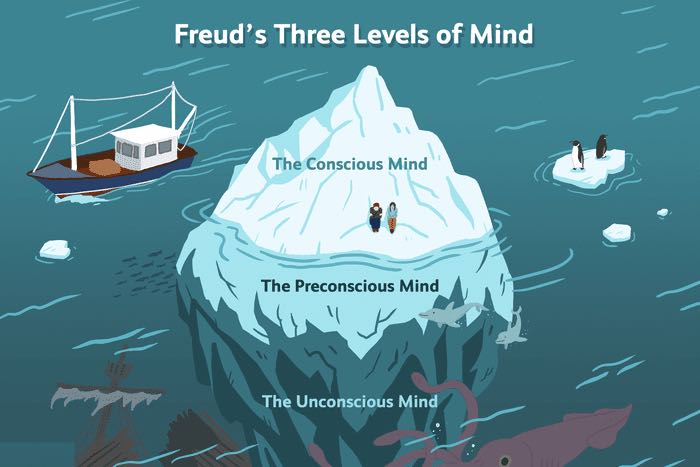 Jung argued that there was another Unconscious realm, that of the Collective Unconscious. It is not personal to particular individuals, but connects and belongs to us all. It is made up of Symbols and Archetypes. Jung described it as, “The transcendental wisdom that guides mankind, a universal library of knowledge that is innate, rather than acquired by education or conscious effort.” A wondrous thing about the tarot is that its symbols are universal and require no words to explain them.

An archetype is a pattern of behaviour that repeats itself over and over again. Every situation in life has an archetype or archetypal behaviour associated with it. Films, books and other forms of culture are replete with them. Take a popular archetype like the Hero. A Hero comes from plain circumstances and learns they have some special, undiscovered gift to offer the world. Their journey involves growing in character, as well as developing and sharing their gift for the betterment of others. Anthony Stevens says that “Symbols can be understood as metaphors for archetypal needs and intentions or expressions of basic archetypal patterns . . . which are ultimately inherent in the human mind.”

Consider the practical application of this. We all desire to lead effective and rich lives, no matter how obligated or downtrodden our circumstances may be. As you begin to become more empowered in your life, synchronicity assists you in relating to the hero archetype. Should you respond internally to the call to become more, then it’s not surprising to soon meet a mentor figure or find a particular door open for you. Countless people who have achieved extraordinary things refer to the example of either a fortuitous break or having a teacher or public figure inspire them to reach higher.

To accept there may be a Collective Unconscious does not require a person to become a mystic or adopt rigid beliefs. One can acknowledge a sense of mystery in life without needing to understand or intellectualise it. Mythologist Joseph Campbell noticed that archetypes and stories were the same all over the world. He came to the belief that the universe sings one unified and beautiful song. For Campbell, awareness of the Collective Unconscious has the power to breaks the binds of religion, culture, gender and sexuality. It suggests that ultimately there are no insiders and outsiders or ‘us’ vs. ‘them.’ We are all part of, and play a unique part in, the same kaleidoscope of the human condition. Campbell taught that myth and mythical symbols were not dead but were living tools that enhanced the experience of life. He collected tarot decks and found that ancient decks illustrated how various parts of the world created similar collections of images before the discovery of each other or any means of intercontinental communication existed. 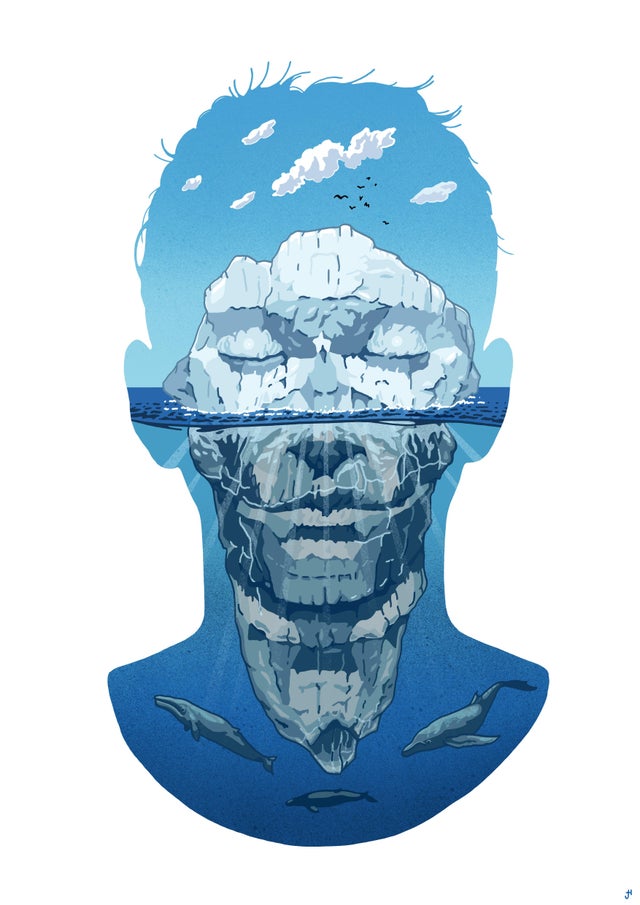 For those open to a metaphysical slant, it has also been argued that we each have a Super Conscious. Within the Super Conscious lies our Higher Self which accesses records of our past lives and all we have learned. Many people utilise practices such as yoga, meditation or plant medicine to arrest their Conscious Minds and feel more content or at peace afterwards. On the surface, Mark Waters seemingly had it all. But behind his persona he suffered debilitating panic attacks and crippling anxiety. Embarking on a journey to expand his consciousness he was able to find greater integration and harmony.

Chasing the Present - Teaser from Mark Waters on Vimeo.

Some would argue these types of practices help a person tap into divinity or one's Higher Self. From the Super Conscious perspective, symbolism is a sacred and living language that reflects higher awareness through similar wavelengths or vibrations. This idea holds that either the tarot reader or the participant, is guided to shuffle and cut the deck a certain way.

Orson Wells was masterful at card tricks because he memorised the location of each card and was able to track all of the cards during each subsequent shuffle and cut. With the IQ of a genius, he was able to perform on a conscious level what was noted and recorded by his subconscious mind. His talent also demonstrated the value of tarot cards. Our subconscious mind knows the location of each card and keeps track of each card's location as the deck is shuffled and cut.

Deep within the subconscious lie the answers and solutions to all our questions and issues. Accessing this information, however, is usually not always simple. Over time our culture has made it more difficult to connect with our inner-self. Instead of tuning into ourselves, listening to our inner voice or intuitively knowing what we should do, we prefer to use logic to solve our issues. Regardless, our subconscious continues attempting to connect with us. For many, it is only through their dreams that they allow any access. Hence the importance of becoming more open minded and exploratory in order to better connect with one's Super Conscious or Higher Self. I find that with many readings it is women who tend to be easiest to read for as they exhibit more intuition and interest in soul or spiritual aspects of life. Of course, this makes it only more satisfying reading for men and witnessing their courage in letting go of control and sole focus on the material realm. 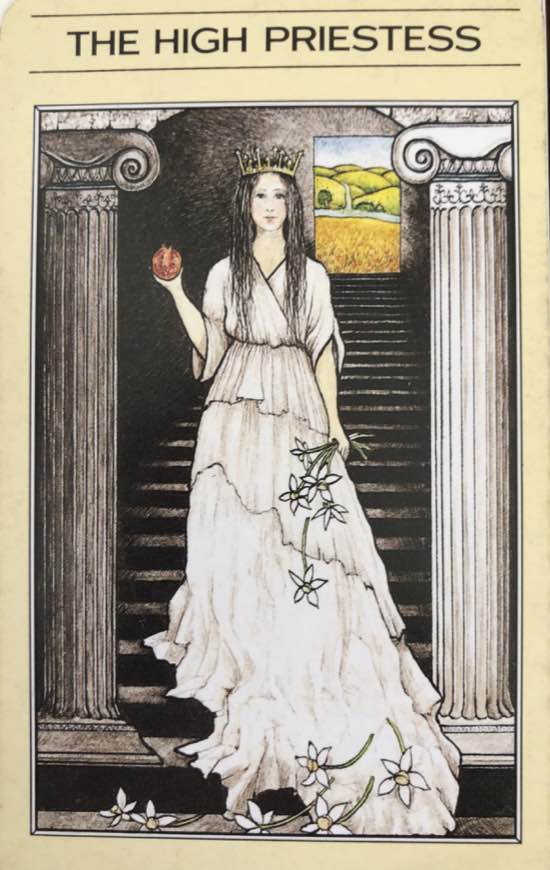 The hidden depths are symbolised by the High Priestess card in the tarot. In the mythic deck, Persephone is the representative of this card. Persephone captures the maiden stage within the maiden, mother, elder motif. Her mother Demeter wished to keep her in a state of perpetual innocence. But her father, Zeus, had promised her to his brother Hades, the God of the Underworld.

The underworld represents the mysterious and hidden aspects of life to which the conscious mind remains oblivious. After falling in love with Hades she ate pomegranate seeds, binding herself to the underworld. In doing so she became the recipient of the hidden mysteries and deeper knowledge. Through balancing the conscious mind, subconscious and collective conscious, Persephone became known as the Goddess of Spring (regeneration).

If you've never seen a fortune teller to have a tarot reading before you might find it a highly illuminating experience. Almost everyone who changes his or her life significantly begins by leaving his or her comfort zone and entering unfamiliar territory. For you, this may mean joining a new social circle, taking up a book recommendation, having a tarot session, or one of a myriad of other avenues. The worst-case scenario is that you find little or no value in it. But as with so many things in life, it is worthwhile trying something new every now and again. 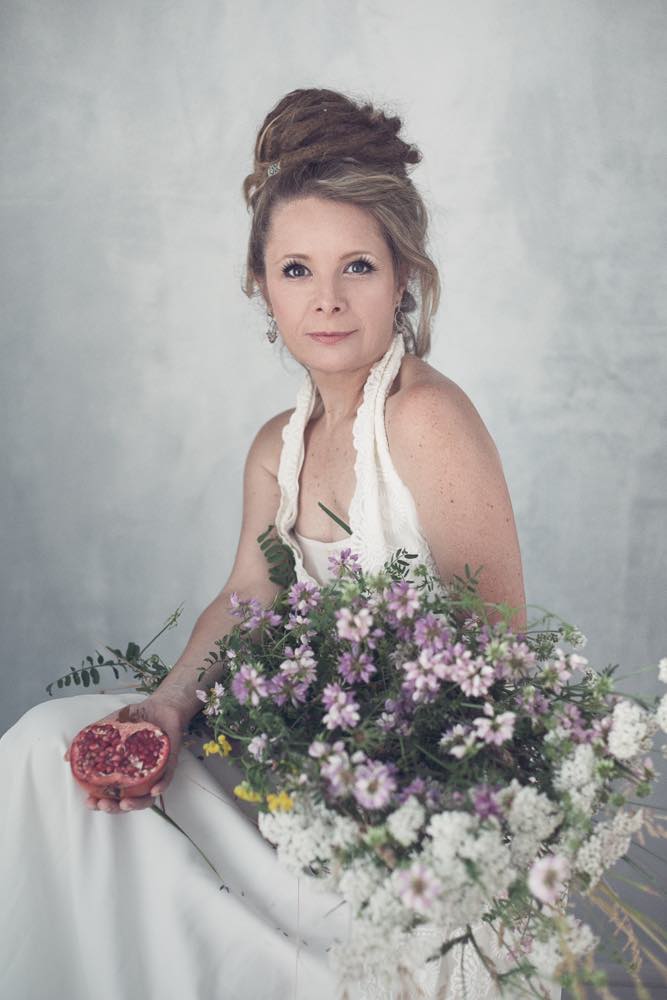 I offer tarot readings in Sydney, the Blue Mountains and online or over the phone.