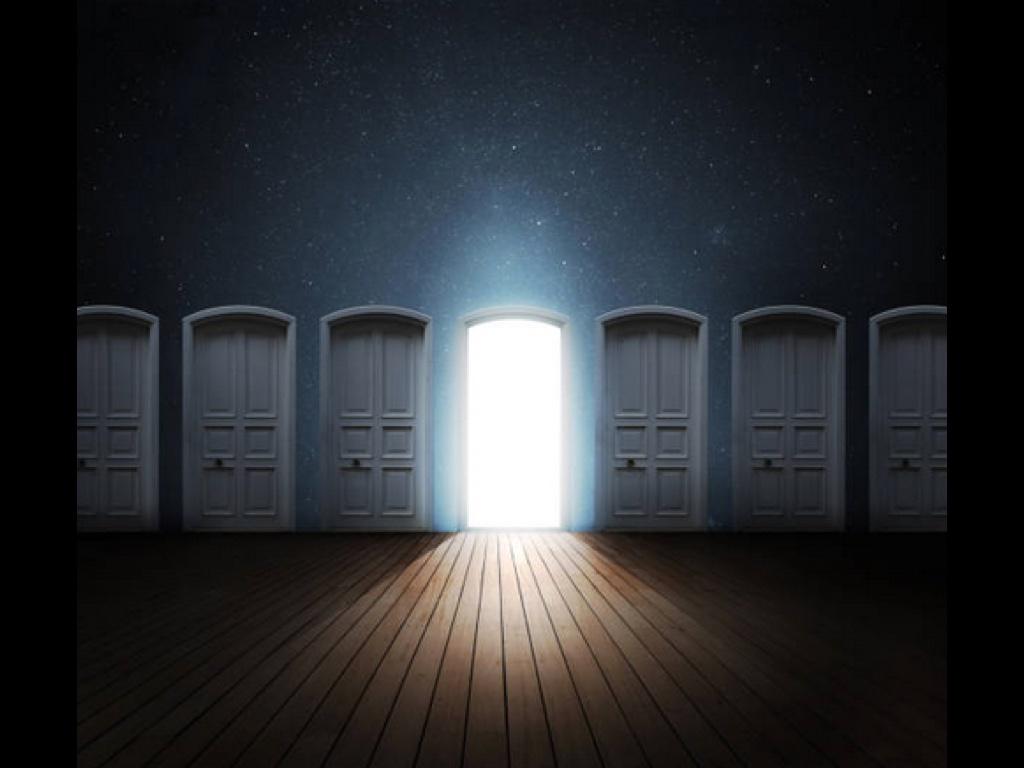 Prometheus and the Gift of Fire

Here in Australia, forest fires are synonymous with wanton destruction, invoking tremendous fear in people. We imagine what it would be like to lose our houses, our possessions and possibly life itself. The early European settlers were equally perplexed by how comfortable the indigenous Australians were with fire and how it was present throughout the seasons. As a result, large intense bushfires were uncommon.

Danger of Too Little Fire

Trees have always been at greater risk of death from insect infestation and disease than from fire, which kills diseases and the insects that prey on trees. Fires very rarely occur anymore in Sydney’s exclusive North Shore. One consequence of this is that the tick population has flourished leading to an outbreak of red meat allergies in people who have had tick bites. Then, of course, there has been the scourge of Lyme disease around the world which is associated with growing tick numbers. A five-year study in America compared regularly burned areas with unburned woodlands. They found annual fire reduced the abundance ticks by 70-80%. The greater our knowledge the more we learn how wise ancient cultures were in living in harmony with the natural environment.

In the past, forests had fewer but larger, healthier trees. With fewer fires, trees have to compete with undergrowth for nutrients and space. Fire takes away weaker trees and debris, which brings greater health to a forest.

Change is essential to maintain a healthy forest. There are species of trees, which are entirely fire-dependent. Others have fire resistant cones that require heat to open and release seeds for regeneration. They actually encourage fire by having leaves that are covered with flammable resins. Without fire, many trees would succumb to old age with no new generations to carry on their legacy.

It could be argued that human life is the same. Abraham Maslow used the analogy of people being like trees in that they instinctly want to grow straight and tall. He argued that it is only unhealthy environments (eg ones culture) that inhibits our growth. But perhaps positive psychology takes things a step too far, underestimating the importance of the occasional roaring fire to rip through our lives and open us up.

Erik Erikson suggested we view life as a series of crises or development opportunities, rather than focus on the most singularly recognised one, the midlife crisis. 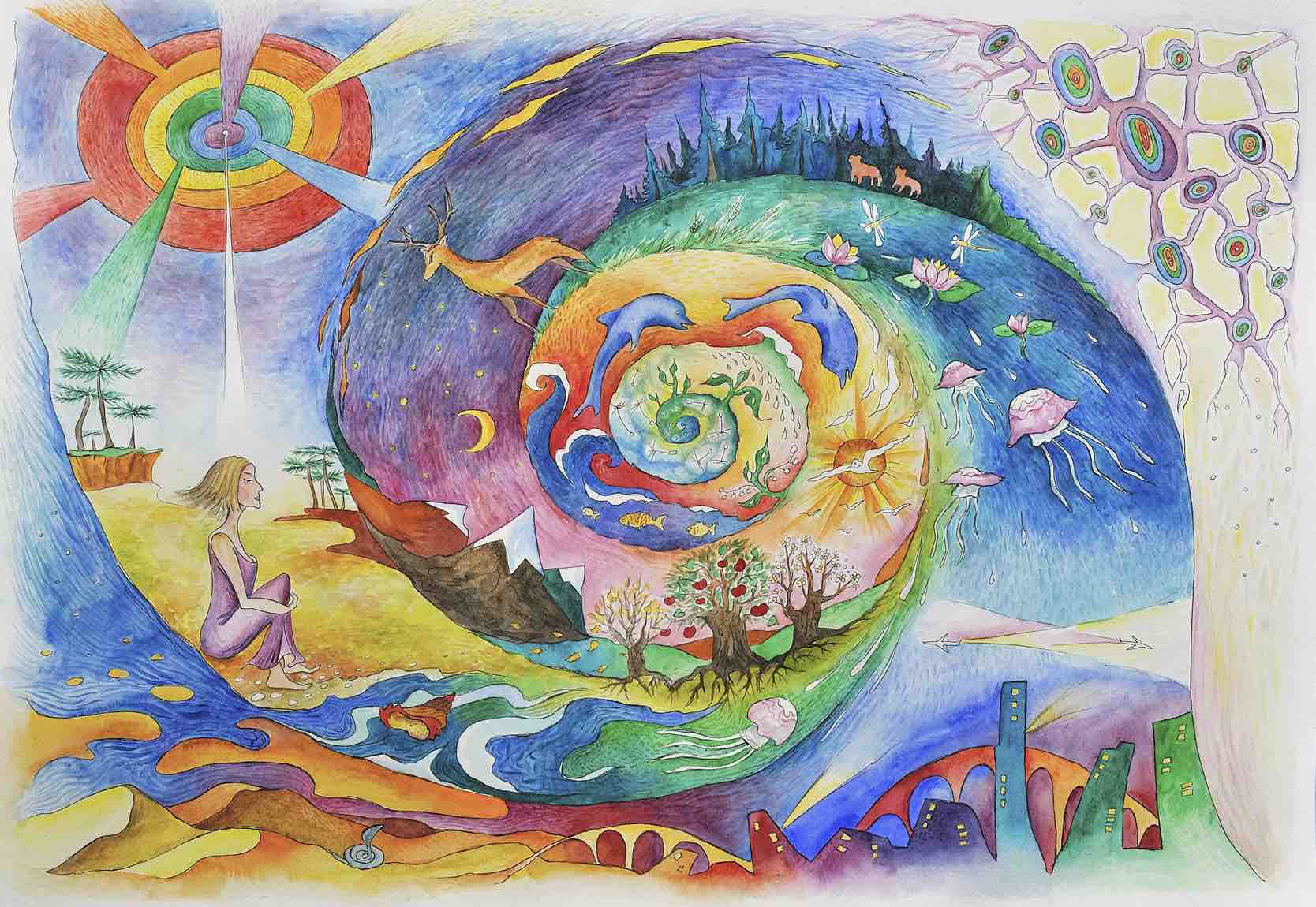 By heeding the lessons that are offered throughout the development cycle we essentially carry out hazard reduction in our psyches, lessening the chance of a major wildfire sweeping through our lives.

The BBC series, Doctor Foster, is a great example of someone reaching midlife with a strong ego identity but an absence of soul development. Doctor Gemma Foster has a seemingly happy marriage to a property developer, a happy young son and a job that gives her good standing in the local community. But everything changes after she discovers a blonde hair on her husbands’ scarf, causing her to suspect her husband of having an affair. In short order, her life unravels in dramatic fashion.

A pivotal moment occurs when in the depths of despondency she swims out to sea to drown. Away from safety and deep into the raging, icy ocean she surrenders. Her surrender, however, isn’t into the arms of death but rather to that of victimhood. Swimming back to shore she is a changed woman who comes into her power in spectacular fashion.

Robert Walter, director of the Joseph Campbell Foundation, said we each choose one of three attitudes to life:

“You can either surrender to victimhood – and a lot of people do – or you can surrender to a fundamentalism – you can basically give your responsibility to someone else and say, ‘Tell me what to do and I’ll do it’ – or you can say, ‘I have a choice here and I’m responsible’. What does it mean to be the hero of your own life? It means to be responsible for your own adventure.” 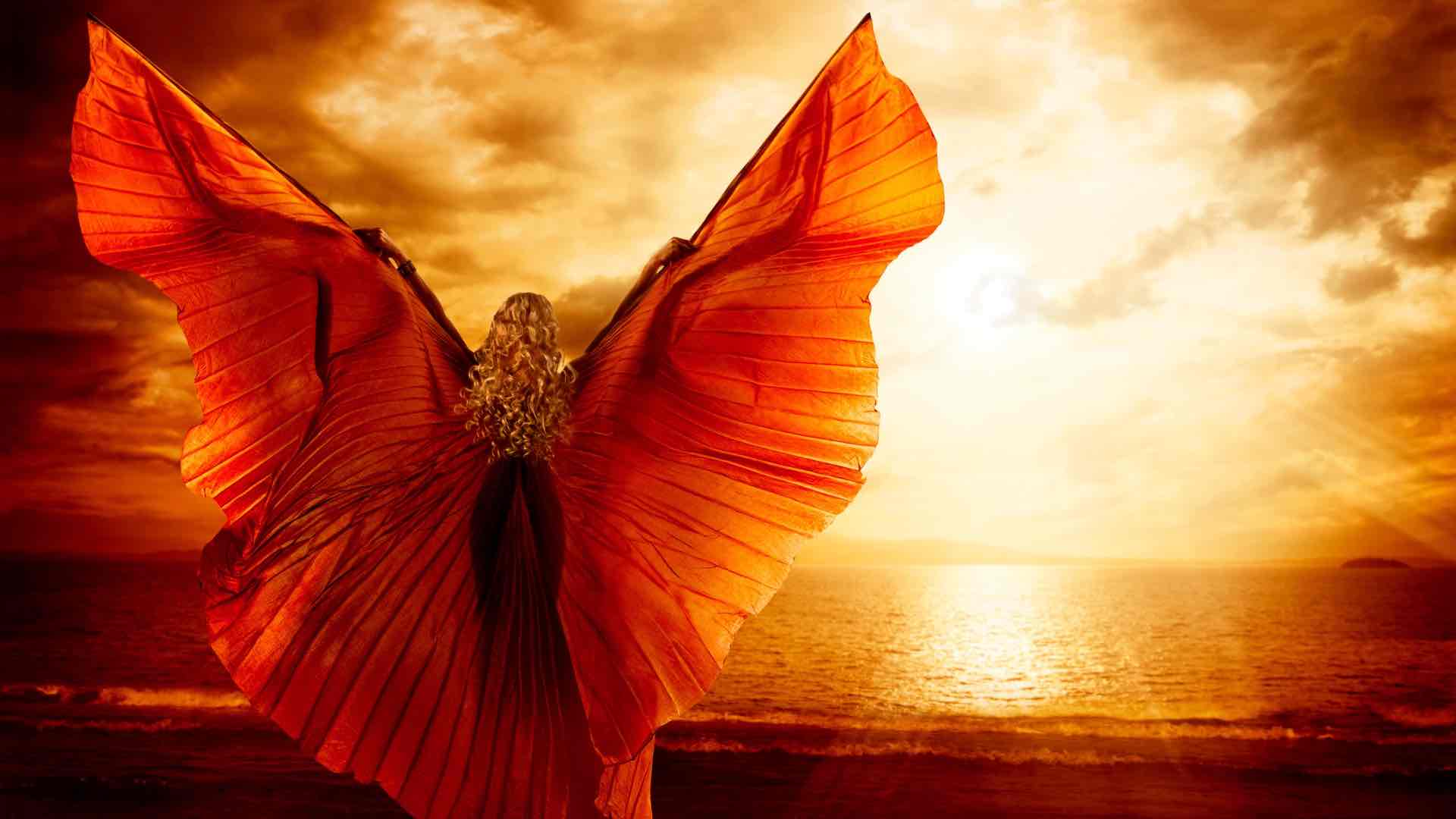 Seizing Our Invitations
Each of the archetypes reflects themselves in our lives in different ways and at different times, but there tends to be one that is most dominant. In the case of Piñero, it was the Magician, for Lincoln, The Ruler. Determining and then accentuating your prime archetype goes a long way in assisting you in being able to create a joyous and fulfilling life.

Being responsible for our own adventure means saying yes to opportunities and facing the unknown, be it attending a workshop or some other form of courage and openness.

In our previous workshop 6 months ago, we looked at the Destroyer archetype and the necessity of letting go to embrace the chaos that life throws at us. Since then, I have witnessed a close friend and participant navigate this passage and bring about his own rebirth, in line with the impulse of the Creator archetype. His work, relationship, financial position and wellbeing have transformed in the best possible way. Then there are other people I know who are bitterly resisting the changes life has brought and finding their suffering deepen.

In mythology, the Phoenix was a fabulous golden-red feathered bird whose body emitted rays of pure sunlight. It became reborn through rising from its ashes, a fitting metaphor for how we learn from life’s trials and become far more than we were. French philosopher Voltaire described the Phoenix in this manner:

It was of the size of an eagle, but its eyes were as mild and tender as those of the eagle are fierce and threatening. Its beak was the color of a rose, and seemed to resemble, in some measure, the beautiful mouth of Formosante. Its neck resembled all the colors of the rainbow, but more brilliant and lively. A thousand shades of gold glistened on its plumage. Its feet seemed a mixture of purple and silver; and the tail of those beautiful birds which were afterwards fixed to the car of Juno, did not come near the beauty of its tail. 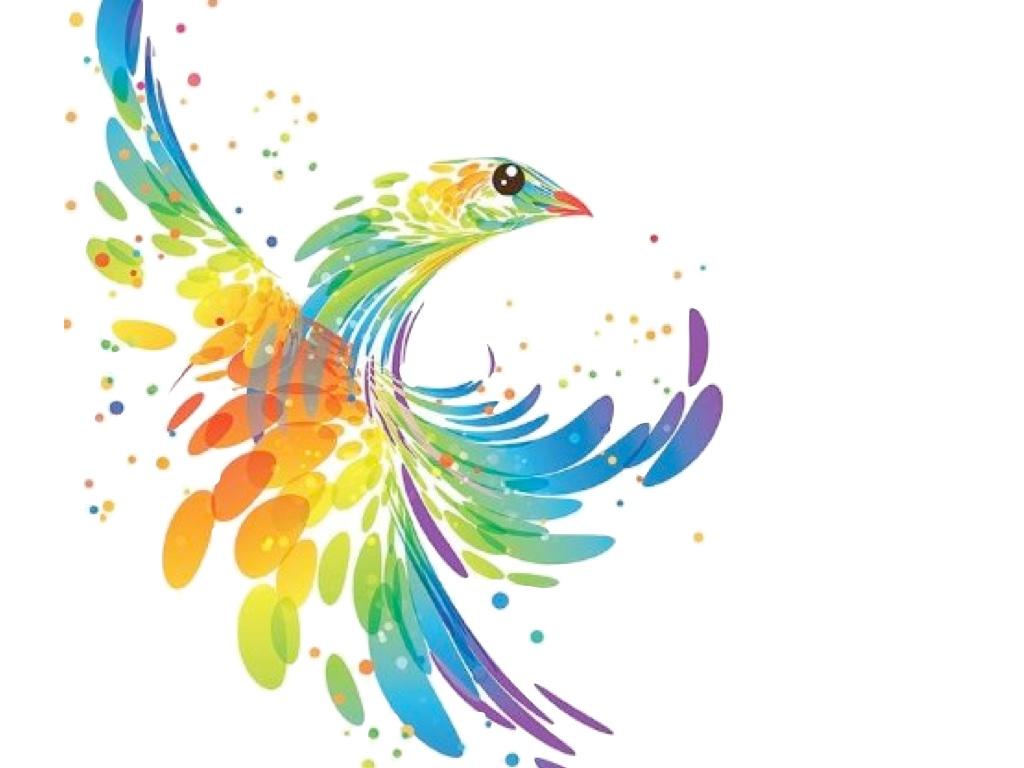 In our upcoming workshop, “Called, Compelled then Catalysed by the Creator archetype” we will explore what it is to go through a rebirth and become vitalised by discovering our creative capacity. Springtime is the season which sees our hopes and visions soar.

With 7 weeks to go there are only a few spots left so be sure to reserve your place while there is still availability.

Until then, we leave you with a poem which encourages taking a bigger perspective on your life and illustrates how being alive is itself an ongoing act of transformation; of annihilating and creating again from ashes.

and on my skin

the warmth of a star, so strange

can barely comprehend it:

I’ll lift my face to it, and then

I lift my face,

and don’t even know how

this is done. And

as at the heart

or is it creating

burning at such speeds

to observe your own face

in the mirror, or

is it beginning to be born? 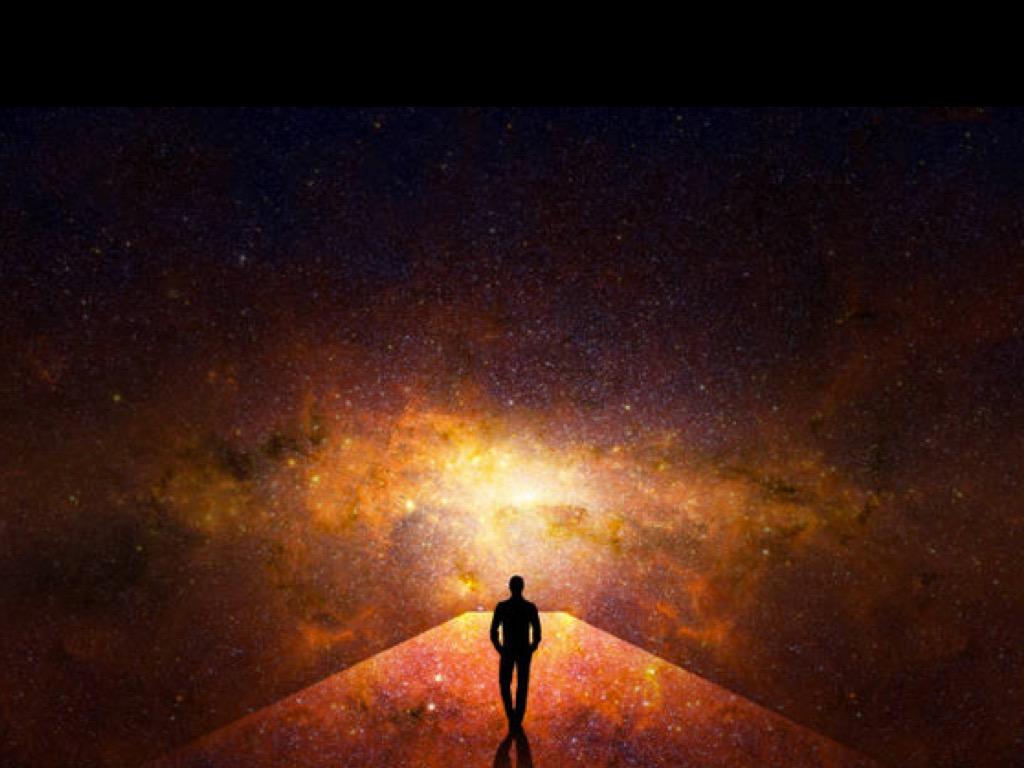