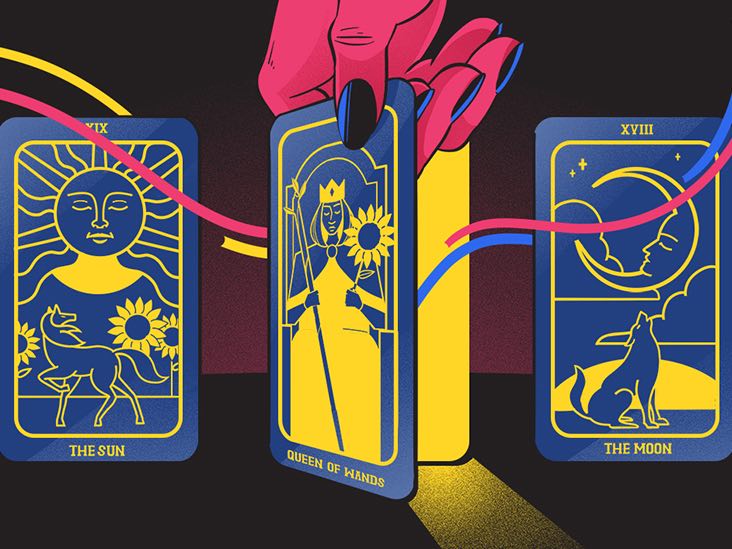 The collective culture is always impacting our state of mind. With the pandemic stirring up economic fears and concerns about job security, I've noticed a rise of people looking for express readings to accommodate their budget.

Covid has resulted in a spike of anxiety around health coming on the back of global despair about the environmental calamities that may unfold.

The secular message holds that we’re reading for inevitable demise. The new age message says we’re on the verge of a great awakening. Neither presents a complete picture.

To contemplate the heaviness of world affairs, consider the Moon card in the tarot.

It appears at the end of the major arcana after the journey through heavy development blows represented by the cards of death, the devil and the tower.

Akin to the dark night of the soul, the Moon card captures being exiled, where we are unable to find a home or to take on a spiritual path.

Looking at the symbolism of the card, what could be more forlorn than a lost dog howling at the moon? 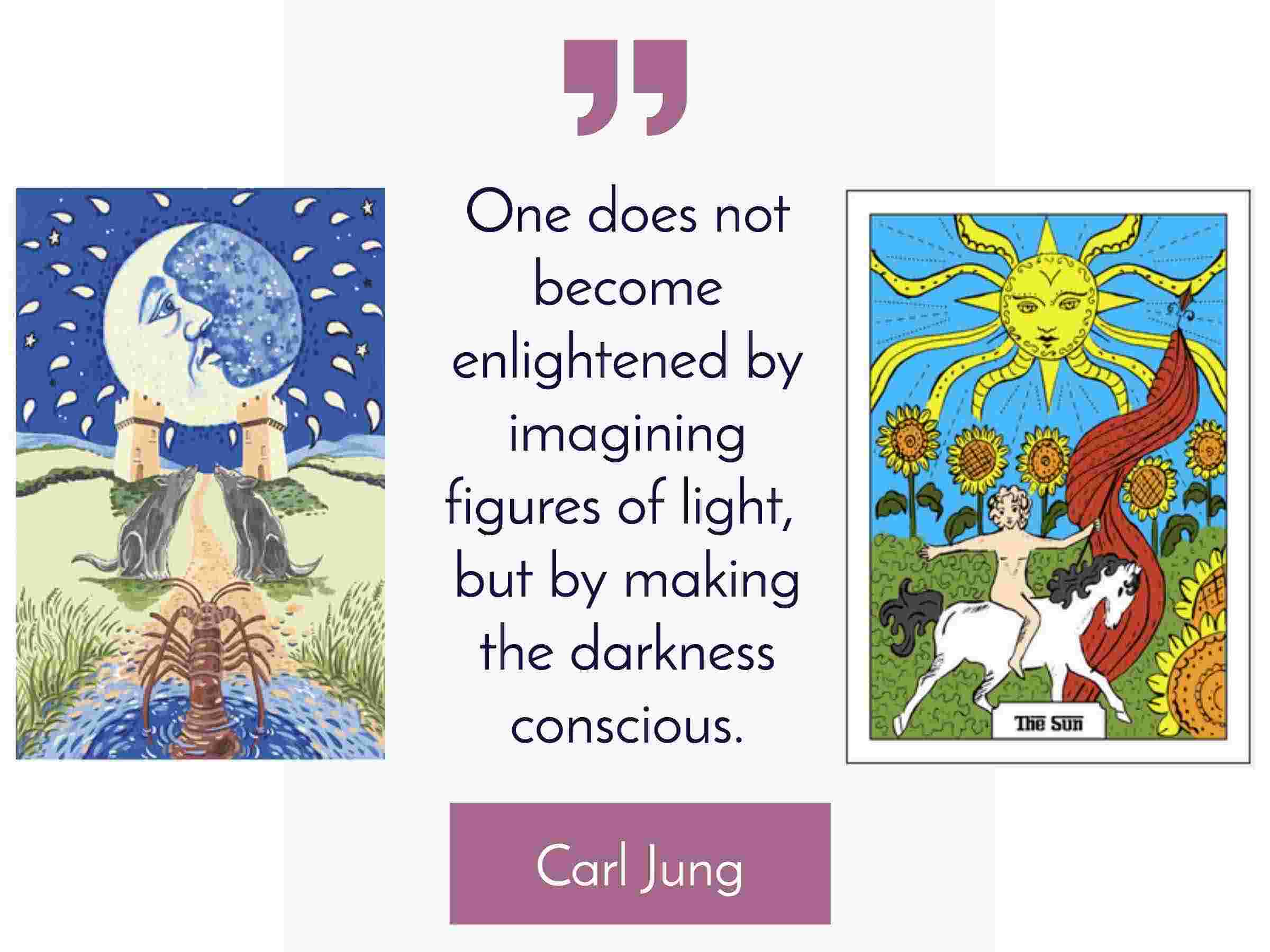 The Moon is a fitting card when it comes to summing up the mood of the moment.

“Sooner or later everyone sits down to a banquet of consequences.”

Wanting to expand beyond the domain of the ego and material concerns, the new age movement sprung up to encourage people to pay greater attention to the collective unconscious and that which is eternal.

It ushered in talk of the Age of Aquarius and a great awakening of consciousness.

But as Jung pointed out, balance is only to be found when we confront our shadow sides, individually & collectively.

When we find the courage to do so we move to the Sun card, one of the last in the major arcana.

The major arcana is an ancient exploration of the souls’ journey in 22 parts.

It begins with the Fool, expressed by someone who lives in ignorance and blissfully walks towards a cliff edge. An apt description of humanities disconnection from the earth and our need to support that which all life depends on. 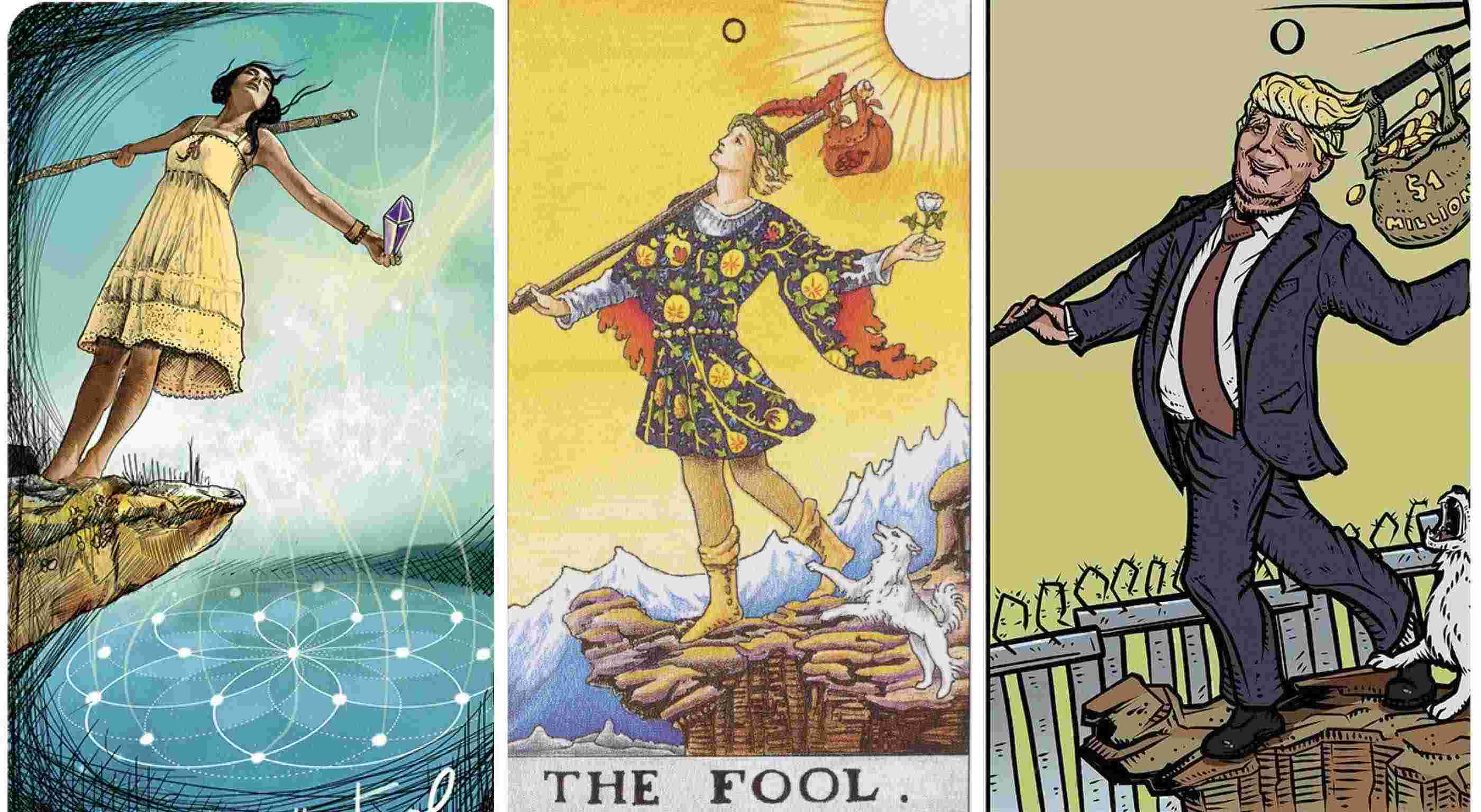 The Sun Card in Tarot

Should we embrace the developmental journey of the major arcana we can evolve into the balanced state of the child. It is trusting and a risk taker guided by pure intention, rather than blissful ignorance.

It wasn't long ago that Greta Thunberg was just one person holding a school strike outside Swedish parliament without her parents’ knowledge. From that seemingly small act, a vast movement has arisen spawning the extinction rebellion, clean energy movement and so on.

In the sun, the protagonist honours the physical world and lives in the here and now, while also being instructed by a sense of eternity.

Indigenous tribes thought about what impact their decisions would have ten generations down the line. It is that kind of connectedness with the earth and the soul realm that we need to return to.

Yes, we’re at a crossroads moment as a species but now is the time for courage & individual responsibility rather than inertia or despondency.

The pandemic has highlighted the need for balance between the feminine and masculine. We've seen divisiveness and old power structures capitalise on the fear and insecurity of people. But we have also seen vast amounts of cooperation (feminine) complement the masculine endeavours of minimising the spread and producing a vaccine.

A tarot card reading provides a wonderful opportunity to heed more feminine guidance. From a place of greater clarity, we find it easier to integrate our masculine, resolute about our direction and the steps we need to take. If you're feeling an impulse to work more extensively on balancing the yin and yang energies, consider undertaking one of our retreats that focus on this specifically.