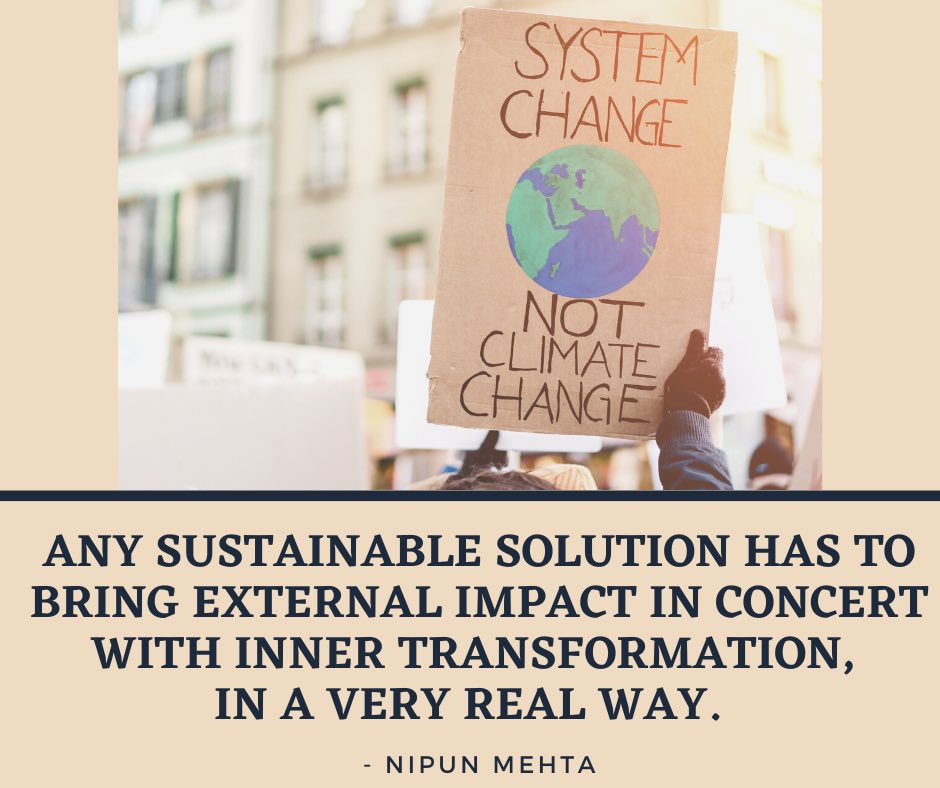 A radical rethink of our relationship to money is needed if we are to readdress the imbalances behind climate change, poverty, unhappiness and so many other social issues.

Some years ago Ken Robinson made waves in the realm of education by arguing that we need to move away from the archaic manufacturing model of education to take an approach more like organic farming. Instead of squeezing people into narrow moulds and creating compliant consumers, Robinson suggested we cultivate the uniqueness of individuals and help them find a fit in a society where they can best offer their gifts.

Nipun Mehta was a software engineer who found himself climbing the corporate ladder along with everyone else.

Mythologist Joseph Campbell once said, “There is perhaps nothing worse than reaching the top of the ladder and discovering that you're on the wrong wall.” Midlife crisis often stems from following the scripted path of success. 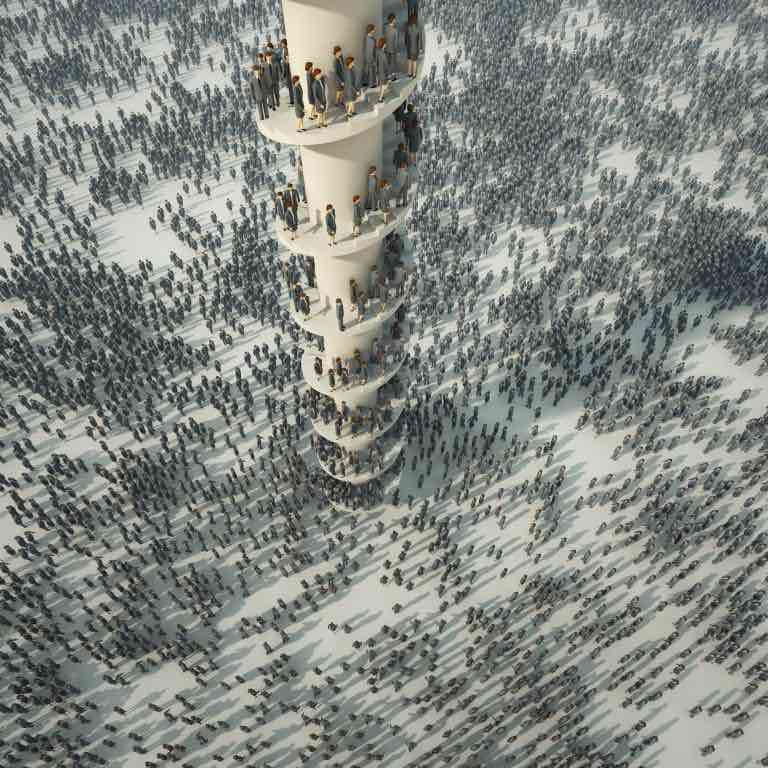 The corporate ladder - a modern day tower of Babel

Nipun felt uneasy about his place in corporate life. Instead of chatting to a financial life coach, he spoke to monks and nuns who lived on very little money. He contrasted their happiness levels to his Silicon Valley counterparts with their big bank balances. He concluded that happiness is not proportional to how much money you accumulate.

At 25, he abandoned the ladder to nowhere and spent his time volunteering before creating the not for profit, Service Space. His journey has led him to the following philosophy about finances:

“Money has some design flaws. If you look at the mechanics of money, money is issued as debt in the world. And when you have debt, you need to have growth to pay off that debt. We assume an infinite capacity for growth, and when we inevitably hit limits, we become extractive. I’m not so sure that that’s really how we want be engaging with each other. We extract not just from nature but from each other. Not only that, we start to be extractive with our own self! That’s why so many people are so burned out. I think we need to shift from extractive systems to more regenerative systems. Some of that will have do with a redesign of money. With that, though, we also need to upgrade the way in which we relate to money. I don’t think it’s just an external systems issue.” 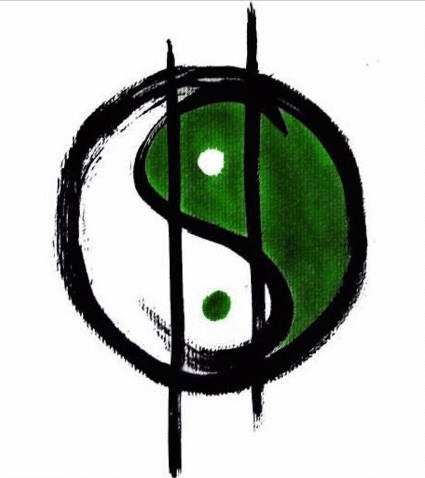 Nipun argues we need to adopt a metaphorical shift in the way we view money, shifting from a manufacturing mindset to a gardening one. As he describes it:

In manufacturing you can say, “Here’s the recipe, I’m going to apply it N times, and scale.” Cookie cutter approach, right? But when you’re a gardener, you know that there are all these other inputs. You can’t control the sun. You can’t control the rain. But you can control so many other factors. So you are in concert with all of these factors. You are just supporting the emergence. You cannot look at a sapling and say, “I need a tomato by tuesday.” That’s manufacturing, which is predicated on control and knowing the recipes. Our business schools today are set up precisely to leaders who can take over manufacturing plants. That’s good, and certainly has its place in the world. But everything can’t be manufacturing. Compassion, for example, cannot be manufactured. It has to grow. Now, there are people who try to apply the manufacturing mindset to compassion too.

A gardening mindset towards money is a holistic approach where we integrate our values and those things that express our passion or joy, in a way that enriches the lives of others. 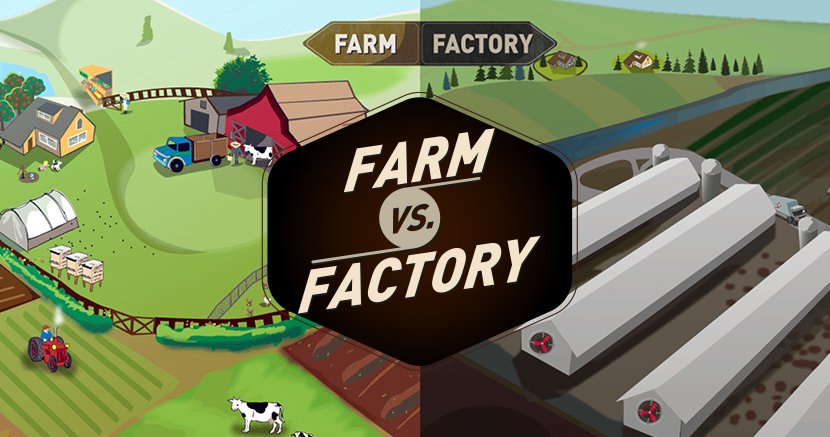 The manufacturing model leads us to over consume to assuage the disconnection we feel doing jobs we dislike simply to accumulate money.

Elizabeth Williard Thames noticed this when she was climbing the corporate ladder, saying:

“My days felt like a Styrofoam of emotion: devoid of color and flavor, imprinted with the day that’d come before, promising me I’d be left disappointed. I longed for something vibrant to jolt me into consciousness…We were spending more and more money in increasingly desperate attempts to mitigate the frustration and discontent we felt over our jobs. We were working for the weekends and spending the money we’d worked so hard to earn in an effort to make ourselves feel better about how hard we worked. It was a vicious cycle.” 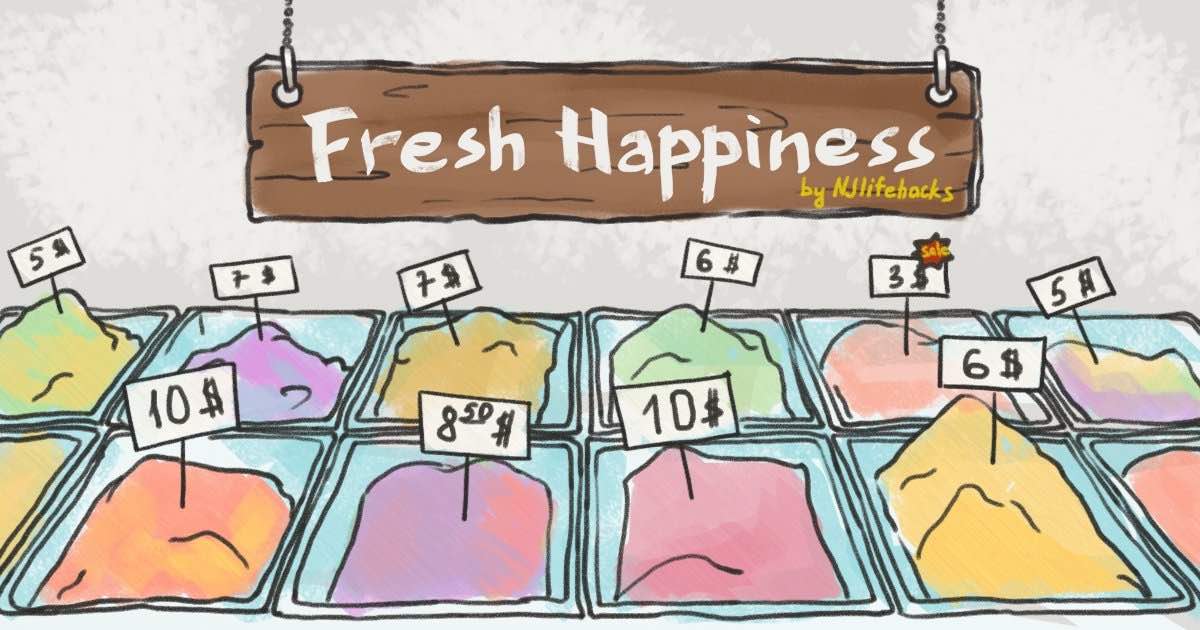 Living more modestly, or simply is both the cornerstone of financial freedom and the best way forward collectively for our culture.

When José Mujica was the president of Uruguay he gave away 90% of his wage. Speaking about his value system he said:

I stand out because my values and way of life reflect those of the society to which I am honored to belong. And I cling to them! I spent almost ten years in solitary, in a hole. Plenty of time to think... I spent seven years without one book!

That left me time to think. And this is what I discovered: either you're happy with very little, free of all that extra luggage, because you have happiness inside, or you don't get anywhere! I am not advocating poverty. I am advocating sobriety.

We have invented a mountain of superfluous needs. Shopping for new, discarding the old... That's a waste of our lives! When I buy something, when you buy something, you're not paying money for it. You're paying with the hours of your life you had to spend earning that money. The difference is that life is one thing money can't buy. Life only gets shorter. And it is pitiful to waste one's life and freedom that way.

My inspiration in creating a 2 day program, which I’ve called the Wealth Retreat, is to help people deconstruct social and family conditioning around what real wealth is, advocating greater simplicity and greater individual integration. It balances areas like clarifying values and belief systems with the practical steps to achieving financial independence.

find out more about the retreat program