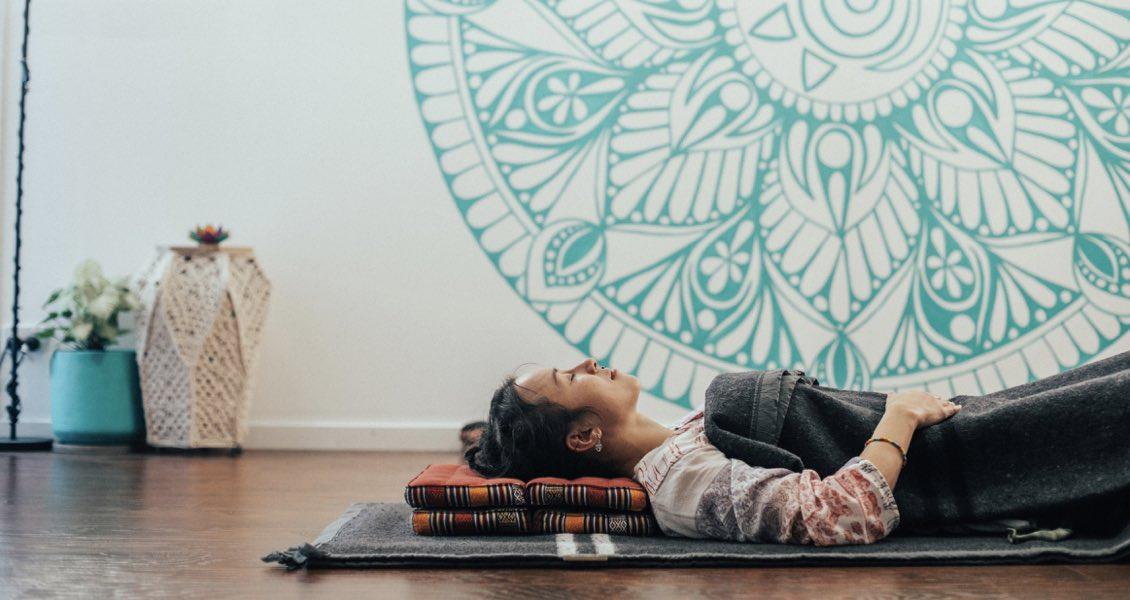 "There is one way of breathing that is constricted. Then, there's another way: a breath of love that lets you open infinitely.” - Rumi.

Breathwork, or rebirthing, is a transformative healing modality that works to activate the subconscious mind and bring insights not easily accessed through conventional therapy. It helps to clear away old patterning, conditioning, fight or flight responses, as well as negative emotions and thoughts to assist people to lead more vibrant lives and access greater consciousness.

Generally, few of us breathe fully, instead, we hold back the breath and have been done for most of our lives. When we start to incorporate breathing techniques that help us to breathe fully and consciously we open energy channels in the body and allow what we’ve been holding onto to surface and find release. It serves to invite greater forgiveness and self-love. This inner change brings about spiritual healing and positive shifts in our external lives.

Enlisting a qualified and experienced Breathwork practitioner ensures you feel in a safe space to let go over blame or judgment, heal past wounds and trauma, move toward acceptance as well as gratitude and find a sense of completion, which strengthens your courage to meet the future and live your best life.

Rebirthing therapy is a means of trusting the wisdom of the body to bypass the conscious mind and enables unconscious thinking and patterns to be breathed out of the energy system through the physical and emotional body. Frequently my clients report that breathing therapy has resulted in breakthroughs and abiding shifts that psychological counselling hasn’t been able to deliver.

Take a look at our upcoming events

"The mind and the breath are the king and queen of human consciousness.” - Leonard D. Orr.

Using the breath as a vehicle to higher consciousness has been utilised for millennia. The East has an array of yogic techniques such as Pranayama which highlights the importance of conscious breathing. The Buddha taught that the mindfulness of ones in and out breath is a means of moving beyond the separation illusion.

As a modality of spiritual healing, Breathwork emerged out of the spirituality movement of the 1960′s in what was first known as Rebirthing, launched by Leonard Orr. It has evolved over the decades with some practitioners advocating a rigorous technique while others a more gentle one. I teach the latter to my one on one clients or the group breathwork classes in run in Sydney and the Blue Mountains.

The Wim Hof Method is one of the more recent types of breathing techniques employed to build physical endurance and improve immune function. Wif Hof, the founder, has used it to achieve feats considered impossible for humans.

Other variations include Holotropic Breathwork, developed by Stanislav Grof. It combines breathing with other elements to bring about non-ordinary states of consciousness. If meditation, or yoga breathing, works to relax the mind and body, active breathwork (Holotropic) works to energise them by taking in more oxygen than we usually let in. By reducing the gaps between breaths we animate the body with extra life-force energy. This variation emphasises the out-breath.

You can read more at the bottom of this page about how holotropic breathwork came about and how Grof formulated his ideas about the four stages of birth.

Rebirthing therapy, by contrast, focuses more on the deep breathing exercises of the in-breath, seeing the out-breath as an act of surrender and letting go, allow traumas to be released. Conscious breathing is not done to get a physical high or to keep us in perfect condition, although these things may come as a side benefit. It is used to bring about spiritual healing and temper our over reliance on the intellect and the rational mind.

What a Session Involves 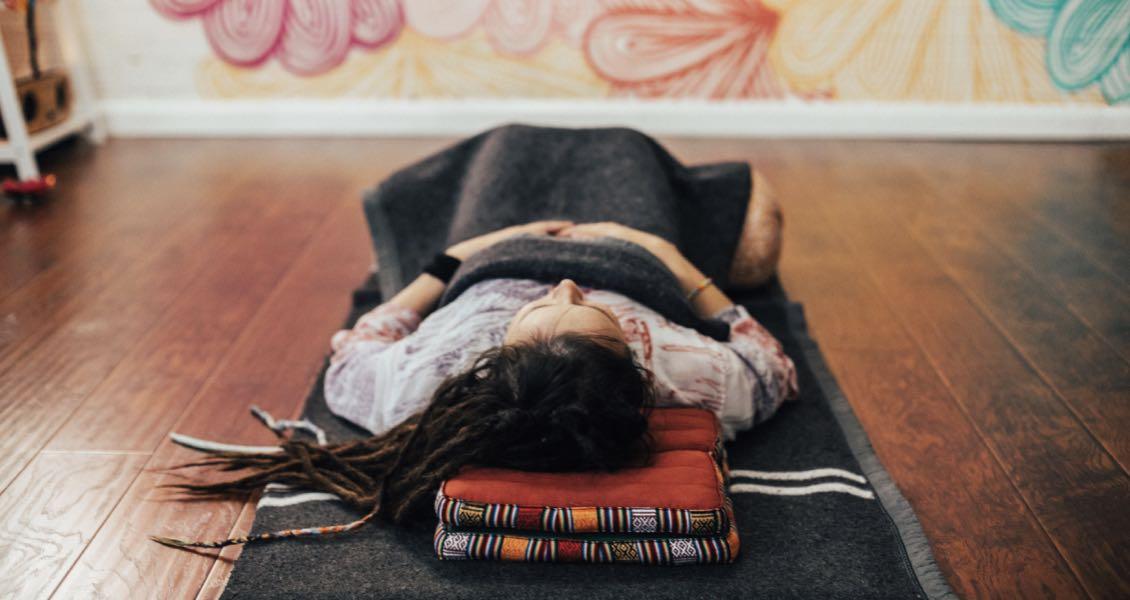 “My first-hand experiences with this natural healing method have convinced me that  breathing well may be the master key to good health. I recommend breathwork to all my patients.” – Dr. Andrew Weil

The rebirthing sessions are held in my yurt, which is a quiet, specifically designed spiritual healing space that overlooks a bushland area in Katoomba, in the Blue Mountains.

How to do breathwork

You will be guided in a circular connected breathing practice and receive one on one support to unravel deeper layers of held stress, belief systems, suppressed emotions and open to a greater sense of wellbeing.

The Breathwork process assists you to dissolve past tensions that you have stored on a cellular level, making it possible to experience more energy and aliveness. Research has shown that the majority of our thoughts and beliefs are both repetitive and unconscious. We impact and co-create our realities with what we focus on and the energy imprints held in the mind and body. Encouragingly, we now recognise that the brain re-wires itself, it just needs the physical body and the subconscious to help it optimally rewire.

Find out about my Reiki in the Blue Mountains

Rebirhing can bring about major shifts and it can stir up issues that have been long buried. After the session, you will have the opportunity to discuss your experience, in order to integrate it into your daily life and understand the process on a deeper level. As an experienced counsellor, I combine this skill with an intuitive approach to offer relevant suggestions and deliver a holistic experience where you gain a deep level of insight, release emotional baggage and feel the patterns shifting at a cellular level.

For A More Immersive Experience Consider Our Holistic Healing Retreat

Learn about my dedicated Breathwork Retreat

In addition to individual sessions, Break Your Shell Breathwork runs sessions for couples as well as group classes.

For those wanting to attend something closer to Sydney, I regularly run group breathwork events at the Nin Yoga studio in St Marys in Western Sydney.

A group session begins with an introduction to breathwork, and some training on how to do the breathing techniques. We then begin the breathing accompanied by some relaxation music which assists to get out of the mind and into the body’s rhythm.

During the breathwork journey I offer guided encouragement and provide support to those who need it. The session concludes with some quiet to allow integration and release. Lastly, people are given the opportunity for some group sharing and reflection.

Experience the transformative power of conscious breath and connection through online breathwork.

My online breathwork classes are hosted through zoom.

In our online breathwork class you’ll use the breath to experience the healing of unresolved traumas, allow grief to be expressed and gain a greater sense of calm and presence.

You can find information about upcoming dates for my breathwork online class through my Facebook events page or on the events page of this website.

Breath work has never been more valuable in these times of collective anxiety and radical change. 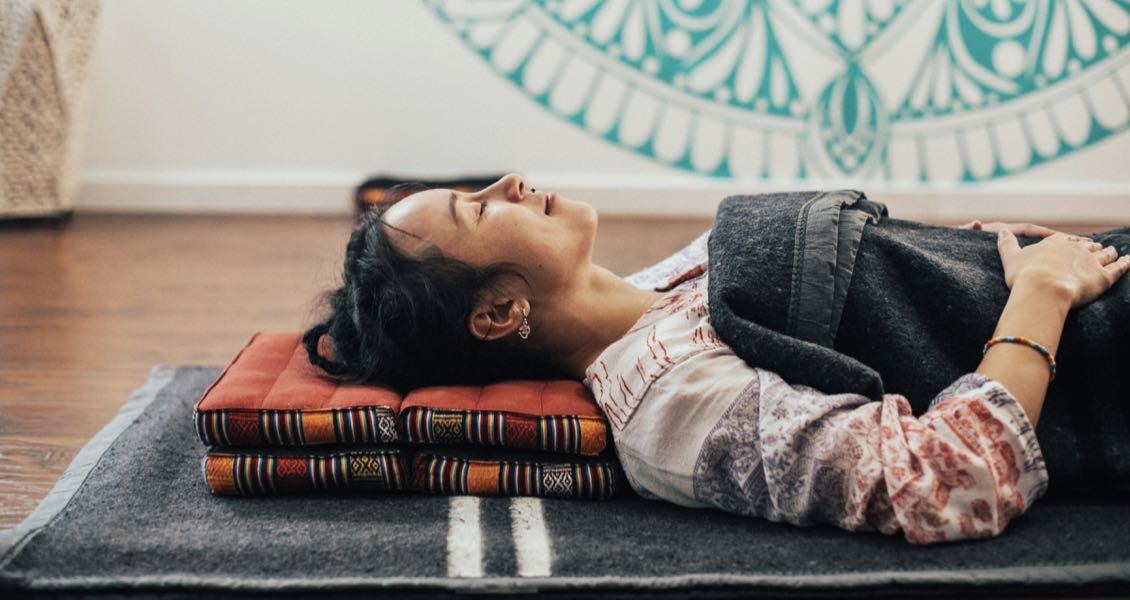 “The Breath of Life (Spiritual Breathing) is revealing itself to be the driving force at the heart and the cutting edge of this coming leap in human development." - Dan Brule

Around the time that Leonard Orr began offering rebirthing, the psychologist Stanislav Grof was exploring psychedelics as therapy to help with mental disorders. It would be the precursor to his discovery of holotropic breathwork as a healing modality.

Having taken them out of their rational minds, he found that participants often had difficulty breathing, felt stabbing pains in their navel or other areas and sometimes felt the sensation of being choked.

Stanislav began to believe that his research patients were re-experiencing the trauma of birth. He pored through hundreds of these experiences to create a model to explain the birth process in four stages.

During the phase before labour, a fetus remains in a fairly undisturbed state within the mother. When his patients returned to their memory of stage 1, they recalled positive sensations such as feeling at one with everything, being content and feeling safe.

Conversely, if their mother was not in a place of balance but distress, the patients felt emotional turmoil, panic and other negative emotions.

Read more about these polar experiences in my blog post

Grof regarded the second stage of birth as the time when labour starts but the cervix hasn’t fully dilated. He felt that patients who were remembering their stage 2 experiences would encounter intense physical or emotional pain, as well as feeling trapped and confined.

Stanislav Grof maintained that we all carry repressed birth experiences into life that can have negative consequences. He felt that these unresolved traumas will resurface in life as physical, emotional, or mental difficulties. Consider the following example.

The British philosopher often said that when he was born his mother gave birth to twins: himself and fear. He wasn’t due to be born when his mother found out the Spanish were going to invade England.

This induced such anxiety when she heard the news that she went into premature labor. The fear that brought him into the world stayed with him throughout his life. It gave birth to a political philosophy based on suspicion that influenced millions of people.

His philosophy can be summed up in his phrase, “Life in the state of nature is solitary, poor, nasty, brutish, and short.” He advocated people allow themselves to be ruled by government to feel protected. 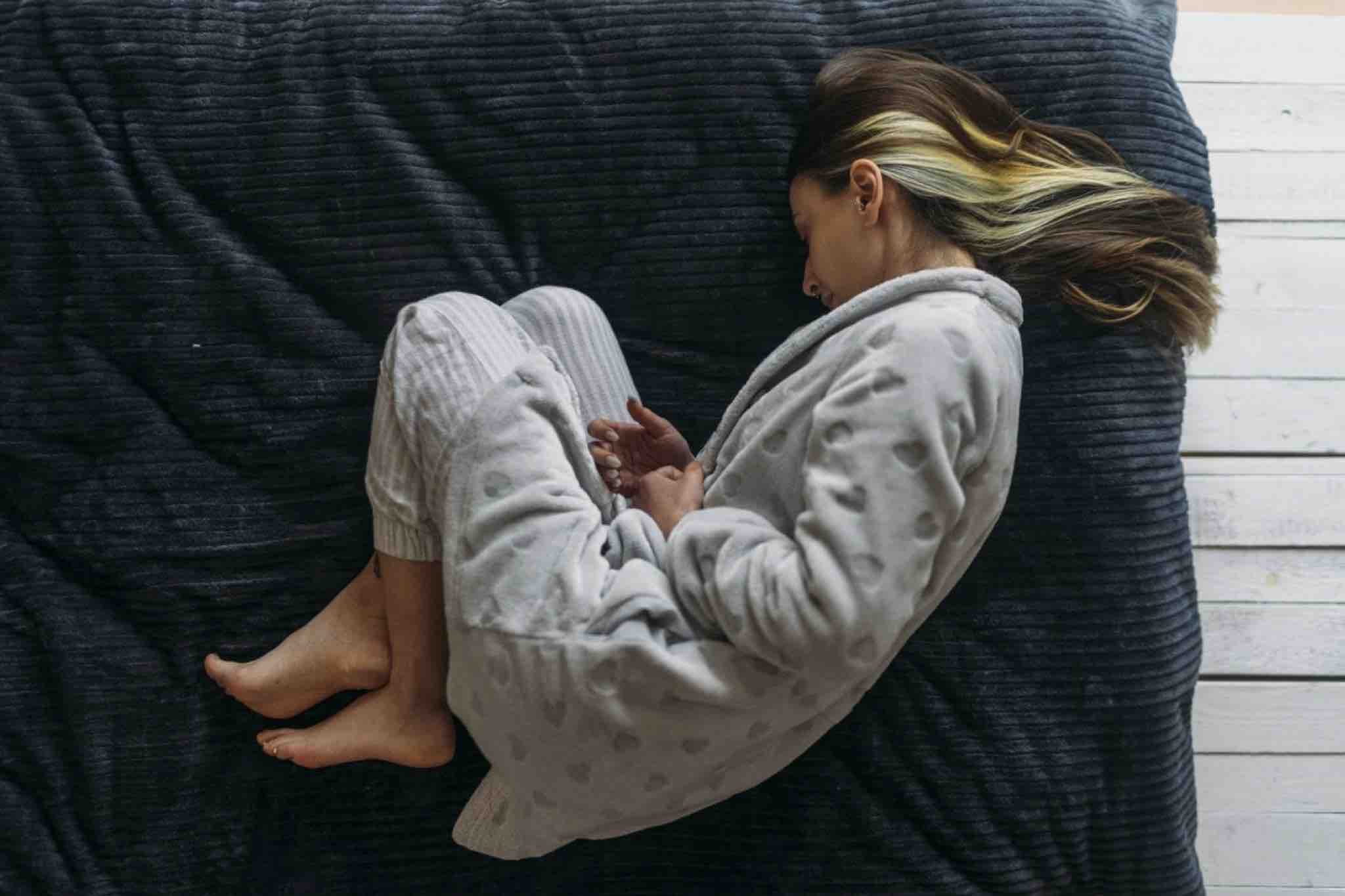 As for the third stage, he deemed it to be that phase where the cervix fully dilated and the baby has begun moving through the birth canal to approach the outside world. His patients recounting this stage tended to feel themselves going through a death / rebirth battle involve struggle and release as well as feelings of danger and approaching violence.

Psychologist Thomas Armstrong puts forward an interesting proposition in saying that there may be a greater likelihood that people who commit violence may have failed to process trauma associated with stage 3 when we begin a bloody struggle out of the womb.

He suggests this may have been the case with Hitler who gave a speech where he said Allied forces "would have been ready to strangle and defeat the German Reich." Adolf spoke of 'preparing the rebirth of the Reich' and made frequent references to Germany's 'struggle,' 'encirclement,' and possible 'extermination.'

During his tyranny, Hitler had his enemies hanged, and one historian argued that Hitler himself was strangled to death by a member of his inner circle.

Armstrong suggests that may have been threatened with strangulation from the umbilical cord during his birth. None of us really knows but perhaps his life of unfathomable violence began with not being able to process the fight out of his mother's womb. 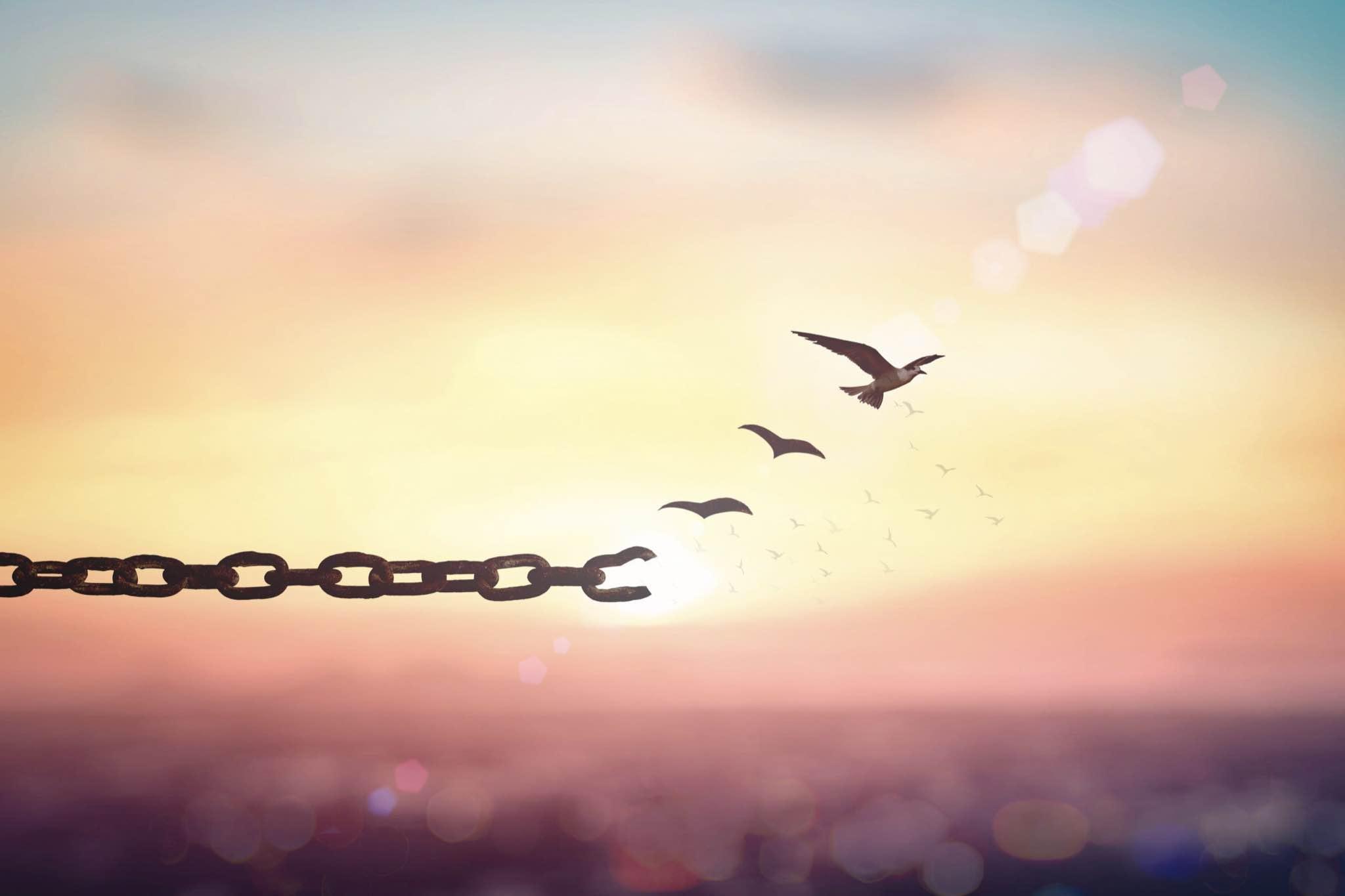 "Birth is the sudden opening of a window, through which you look out upon a stupendous prospect. For what has happened? A miracle. You have exchanged nothing for the possibility of everything.” - William MacNeile Dixon

Stage 4 experiences may be linked to leaders who have gone through the spiritual death and rebirth experience. These moments of transformation may mirror the act of their physical birth. Martin Luther had his conversion experience during a thunderstorm.

Scientist Blaise Pascal had an intense mystical illumination and midnight conversion which he called his ‘night of fire.’ Afterwards he spent the rest of his life writing religious texts.

Transformations and conversion stories may well represent the emergence (after a life of repression) of the fireworks that took place at the end of the birth canal.

Upon finding that traditional talking therapy doesn’t always help people get in tune with what’s stored in their bodies, more people today are beginning to recognise the psychological importance of the birth process in our lives.

Read my blog post about my first experience with breathwork in early adulthood.

What Breathwork Clients Are Saying